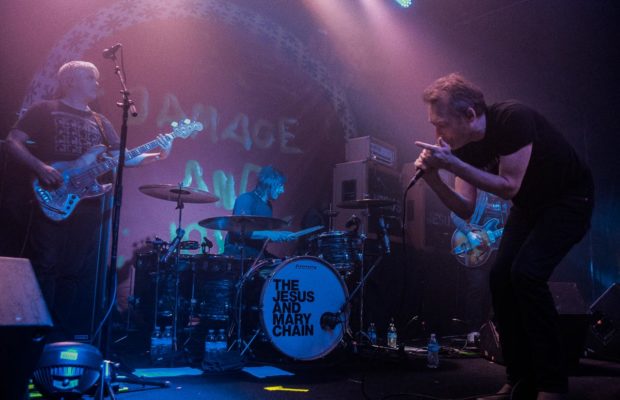 The Jesus and Mary Chain

Iconic Scottish rock group The Jesus and Mary Chain performed recently in Louisville, Ky.  Touring in support of their latest album Damage and Joy, the band performed to a nearly sold out crowd.  With soft and colorful lighting adorning the stage, the band played a long and varied set of songs that ranged from new ones to many of the older, classic hits.  Starting the set with Amputation, a song from their new album, the band performed such hits as Just Like Honey, Halfway To Crazy, Teenage Lust and Head On.  The crowd was in great spirits from the beginning of the set to the end, dancing and singing along all night.  With a 22 song set, 6 of which were performed during the encore, the crowd was buzzing with excitement and energy long after the band left the stage!  Mark Crozer, who plays rhythm guitar in The Jesus and Mary Chain, opened the show with his band Mark Crozer and The Rels!

Far Gone and Out

All Things Must Pass

I Hate Rock and Roll