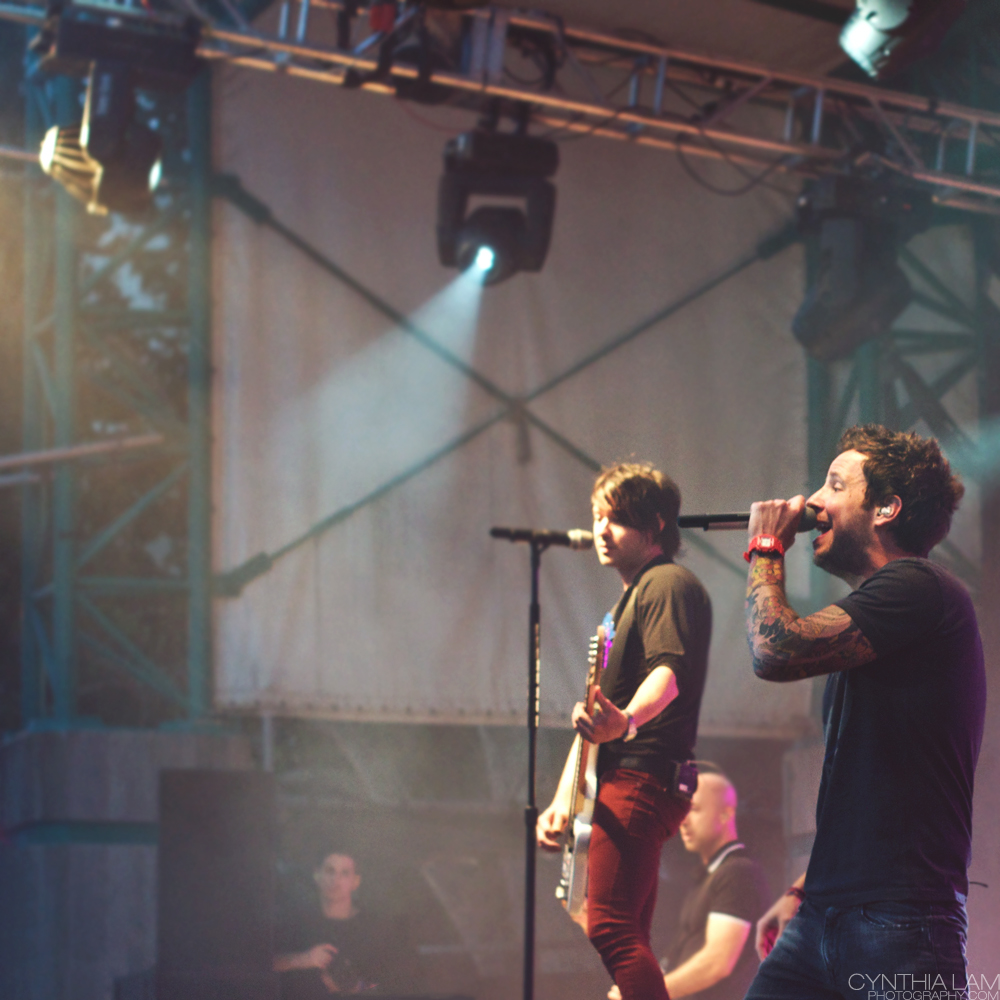 On the excruciatingly hot day in Edmonton, AB, many of the city’s residents were making their way down to the Northlands Grounds for Capital Ex, for a festival that is filled with amazing yet disgustingly fattening food, mini donuts, rides, and live music. With Simple Plan and Ten Second Epic as the entertainment for the night, it was obvious as to why it seemed that the area was extra crowded.

Edmonton’s own Ten Second Epic took the stage at 7:00. With their blend of new and old songs, they caught the attention of the crowd nicely. They’re a band who sounds better than they do on their CD, so seeing them live is always a plus.

Soon after that Simple Plan took the stage, just as the sun was starting to set. The crowd was ecstatic seeing one of our generation’s most legendary bands. They drew the crowd into a very interactive shows, with demands to jump and have a great time all over the place. All the band members (with the exception of Comeau, drums, of course) were bouncing all around the stage with a ton of energy. The band ended the evening off with the song “Perfect” just as the daily fireworks started, ending the night with a unforgettable and nostalgic feeling.