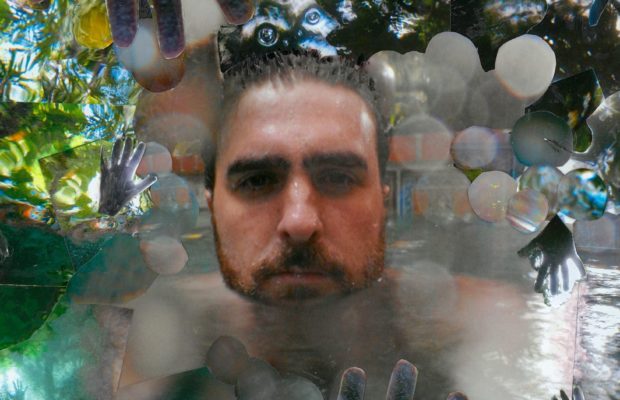 Growing up with the iconic poet, author and singer-songwriter Shel Silverstein as a father, musician and producer Matthew De Ver is forging his own path in the music industry.  Having lost his father at the age of 15 and witnessing his mother’s struggle with (and eventual recovery from) alcoholism, De Ver spent the next three years on a journey to heal from these events.  Using music and different forms of spirituality to heal, he will soon be releasing his debut album Surface Tension (A Tincture For Integrating Shadow), which was inspired by those years of healing and reflection.  Having released two singles from the upcoming album, “The Gift & The Wound” and “The Climb”, De Ver is being praised by critics for his lyrical talent and blend of soul, R&B, hip-hop and whisper rap.  With an impending tour on the horizon, De Ver is bound to wow audiences around the country.  You can stay up-to-date with information on the album and any upcoming tour dates on his website, as well as on his Facebook, Twitter, and Instagram.  You can stream his two singles on Spotify and Soundcloud.

EM: Your father, Shel Silverstein, passed away when you were 15, and you saw your mother struggle with (and later recover from) alcoholism. People deal with grief in so many different ways. What do you think led you towards music as a way to heal, and in what ways do you feel that music has helped you?

MdV: Music was always something I enjoyed, but during that time it became essential. It gave me an outlet, space to explore and a way to express myself. My relationship to music crystallized into something deeper during that time, something more personal and more meaningful. I began to understand how healing and transformational music could be because it was a time when I needed support.

EM: Your father was such an iconic creative figure. What was it like for you to grow up in such a creative environment? What kinds of lessons do you think you’ve carried with you from your father, whether about life or music?

MdV: It’s weird growing up with a parent in the public eye. You love them, are embarrassed by them, adore them, and are disappointed in them for reasons that have nothing to do with their work and everything to do with them being your parent. As a child, my upbringing didn’t feel unique because I didn’t know anything else. But as an adult I do appreciate having been able to see my dad do his creative work. It was a real gift to see how he integrated it into his life. He always encouraged me to find things I loved to do and to be true to myself.

EM: You have also explored many different forms of spirituality, such as yoga, meditation, 12-step recovery and sacred chant. Were you spiritual growing up or is it something you’ve explored more as an adult? You’ve also taken spiritual journeys to India and Peru. How do you feel that your music has been influenced and inspired by your spirituality (and vice versa)?

MdV: I do think I was spiritually inclined as a kid, but that exploration didn’t fully kick in until after my father’s death. I was a freshman in high school at the time and was worried about where I fit in socially, wearing the right clothes and what girls thought about me. My dad’s passing stripped all that away and forced me to examine my values in a fairly adult way and begin to look at what truly mattered. I also grew up without any organized religion, so I had space to do my own thing spiritually. For a long time, though, I felt like music and spirituality were separate paths, and I struggled trying to fit them together. But over the past few years, it feels like they are part of the same journey.

EM: Your debut album Surface Tension (A Tincture For Integrating Shadow) will be released soon. The theme of the album revolves around the many properties of water. What was it about water that you found so relatable with regards to your music and your life? What was the inspiration behind the album title?

MdV: Water has always been an accessible element for me to work with and I appreciate the themes of depth, flowing, and the contrast between what’s on the surface and what’s below. For a long time, I felt like I was running from the themes I explore on this album, the painful shadow side of my experience. I wanted to embrace these shadow elements more thoroughly through this project and hopefully make something beautiful. Surface Tension is a play on the physical property of water and a great metaphor for what we humans show on the surface versus what we hold underneath.

EM: Who were your musical influences growing up and who would you count as current influences?

MdV: Oh man, so many favorites! The first cassette tapes I got were Tony! Toni! Toné! Sons of Soul, Us3 Hand On the Torch, and Arrested Development 3 Years, 5 Months and 2 Days in the Life Of….

The first cd I bought was Nirvana Nevermind, and I was into grunge for a while after that. From eighth grade on and into high school I listened to hip-hop and reggae almost exclusively. Some favorites being: A Tribe Called Quest, Erykah Badu, The Pharcyde, The Roots, Blackstar, D’angelo, The Beastie Boys, Sublime, Gregory Isaacs, Peter Tosh, Bob Marley and Barrington Levy.

Lately, I’ve been inspired by John Coltrane recordings from ’64 on and early-mid 70’s Sly & The Family Stone. Fresh and Small Talk are supremely underrated records. Tom Waits, J Dilla, and Charles Mingus are also big influences for me.

EM: You developed a distinct watery keyboard sound for the album. Do you play around with different sounds and effects often when when writing songs?

MdV: Absolutely! I’m always experimenting with sonic textures and color palettes to set different moods. For this album, I stumbled into that watery keyboard sound by running a Yamaha DX 100 through an old & beat up MXR Phase 100 pedal. It became one of the cornerstones of the whole project.

EM: What was it like to work with Grammy Award winning engineer Russell Elevado, as well as recording at the historic studio The Magic Shop? I read that your album was one of the studio’s last projects before shutting down.

MdV: We actually only mixed at the magic shop, did not record there. That being said, it was amazing working with Russ. He’s an analog superhero. When the music was finished, I was thinking about mixing it myself but felt like it was too personal and I needed to let go and have an outside ear take a crack at it. I reached out to Russ on a whim, hoping he would be interested but not really expecting him to say yes. Right from the beginning he totally understood the vision and the vibe for the album, so it was easy. It’s sad that the Magic Shop is no more. It held so much NYC recording history, and the Neve console that was there sounds incredible.

EM: How did you come to work with John Medeski on the album? Who were some of the other jam and groove musicians that you featured on the album?

MdV: I met John through mutual friends, and we’ve worked on a couple of other projects together. Aside from being a super generous and big-hearted human being, he elevates all the music around him and brings a unique depth and presence. The album also features Martin Nevin on Upright Bass, Max Tucker & Peter Kronreif on Drums, Ben Tyree & Ray Ippolito on Guitar, Omar Little on Trumpet, Tyler Sussman on Tenor Saxophone and Arin Maya, Aya, Morana Mesic, Stephanie Rooker & Charlotte Small on Backing Vocals.

EM: You revisited Madison, WI to shoot the video for “The Gift and The Wound”. What was it like to revisit the scenes of your childhood as an adult? What inspired the idea for a lo-fi home movie vibe for the video?

MdV: I wanted to capture what it felt like driving around Madison with my friends in high school. All of the locations are the exact spots where I spent time as a kid and as a teen. There’s an active thread of nostalgia but also an intention to heal, move forward and let go of the past by revisiting these places as an adult. The whole video was shot on an iPad using only natural light.

EM: I read where you mentioned that your songs keep revealing so much to you and have taught you a lot about yourself. What do you feel you have learned about yourself through your music?

MdV: This is by far the most personal project I’ve done. When I started writing the lyrics, one day I would think: ”This is amazing! Why did I wait so long to do something like this?” And then the next day it would feel too personal, too exposing, and I’d feel like taking it all back. The process let me explore and examine a painful time and look at what was true for me and what wasn’t. Many of the songs revealed themselves to be much deeper and more authentic than I originally imagined. I’ve learned I’m more resilient than I give myself credit for and I feel like I’m more in touch with the mystery of life and more comfortable being in that mystery.

At the moment, we are finishing the video for the next single from the album, “Water In The Well,” which is looking great. I’m gearing up to perform the songs from this album and looking forward to sharing them in a live context. Also, I have about 30 new songs that I’ll whittle down for my next album. Where Surface Tension is a watery healing journey, the next collection will be more fire & bone and have more forward moment.

You can check out the music video for “The Gift & The Wound” below: