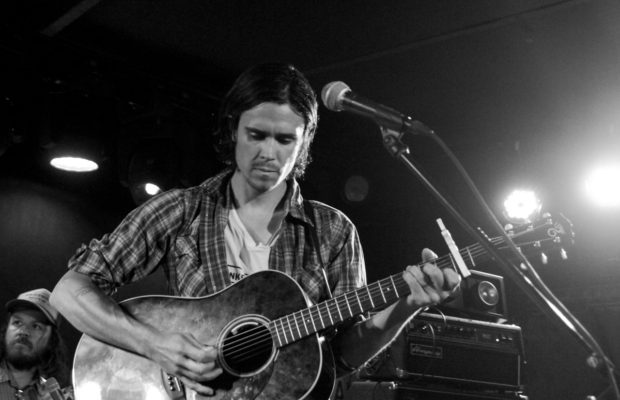 On Wednesday, April 12th, Joshua James was set to play at Mercury Lounge nestled in the lower east side of Manhattan on a beautiful spring night. Beginning the night was a long time friend of his Timothy George aka Timmy the Teeth. George sang songs off his album Just Another Day. James backed him on drums during his set and band members that would also play later in the night with James offered their support on vocals and guitar.

James took the stage to a crowd that was very happy to see him playing live in New York City once more. James, who just put out his newest album, My Spirit Sister, through Northplatte Records, was backed by George on drums, Evan Coulombe and Isaac Russell on guitar and backing vocals. James played some new songs off of his latest album along with crowd favorites that fans in front knew word for word, which I always love to see. James ended the night with an encore that included a song sung by himself and George.

I’ve been a long time fan of James and will continue to be so in the years to come.Some might be a fan of his and not even know it— numerous songs of his were featured on the television series Sons of Anarchy. If you haven’t seen him live yet, do so. His show will always leave you wanting more. Until then be sure to listen to his latest album, along with previous ones on your favorite music streaming service.

Words and photos by Stefanie Dabaghian