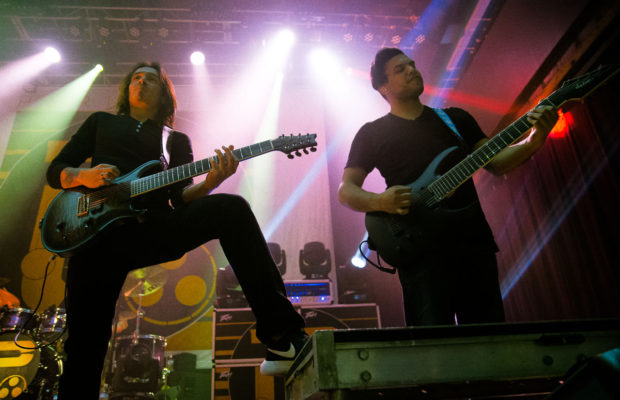 Periphery, a Washington DC-based progressive metal band, made a tour stop in Louisville, Ky recently.  Fresh off heels of their Grammy nomination for their song “The Price Is Wrong”, they performed to a nearly sold out crowd of eager fans.  With each opening band that performed, the venue became more and more crowded, and as Periphery took the stage, the venue was packed.  It is apparent while watching them that they love performing for their fans.  Each band member was interactive with the crowd, walking to the very edge of the stage to engage with their fans.  They performed a varied set of songs, with the fans singing along to every one.  The connection between Periphery and their fans created an incredible energy in the room that was wonderful to witness.