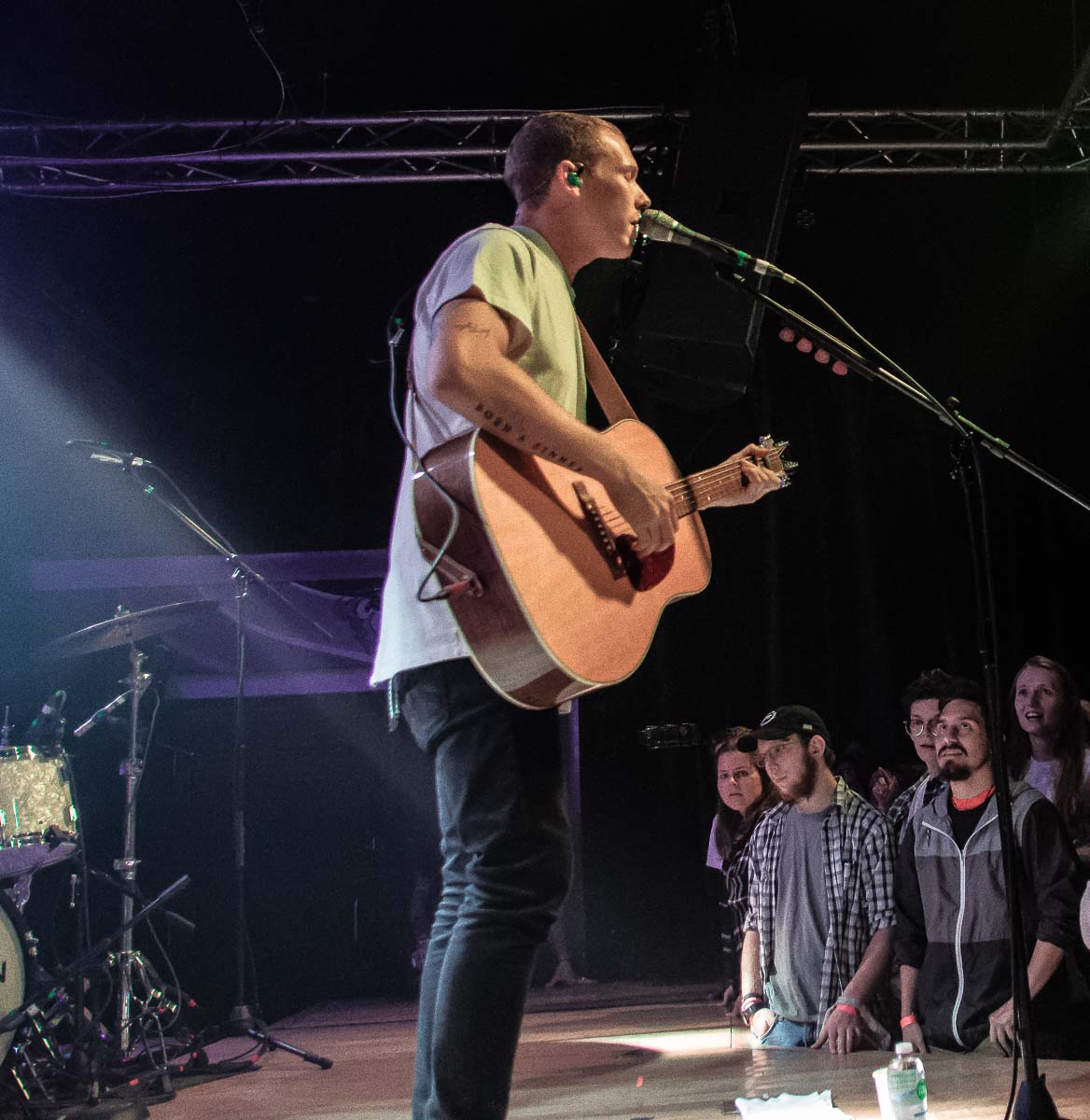 Matt Maeson with The Technicolors

Alternative/indie acoustic musician Matt Maeson has been building a steady and loyal fanbase since  exploding onto the scene a few years back, as evidenced by his recent sold out Louisville show.   The smaller, more intimate venue was the perfect setting for the show, with his fans packed in close to the stage, hanging onto his every lyric as he sang.  With lyrics that reflect the light and dark in his own life, it was clear while looking around the room that Maeson’s lyrics deeply resonated with many of his fans this evening.  With eyes closed or big smiles on their faces, the crowd sang along to his songs throughout the evening, a few of them at full volume.  Stating that this was his first tour with a full band, Maeson still took the time during his set to sing a song alone with just his acoustic guitar to, in his words, get back to his roots.  Whether alone on stage or with his band, Maeson has a strong stage presence and commanded the attention of the crowd this evening.  Having released a new album, Bank On The Funeral, this year, he started things off with “Tread On Me”.  Along with other new songs that included “Go Easy”, “Legacy” and  “The Mask”, he performed a mix of older songs, as well, such as “Straight Razor”, “Tribulation”, “The Hearse” and “Mr Rattlebone”, delighting his older and newer fans alike.  Towards the end of the set he invited Brennan Smiley, the singer for the opening band The Technicolors, on stage to sing an incredible cover of The Killer’s “When You Were Young” that had the crowd singing along and in high spirits!  Ending his set with “Bank On The Funeral”, he and his bandmates left the stage, coming back out shortly after for one more song.  Ending the set with “Hallucinogenics” from the new album, it was the perfect end to an amazing night of music.