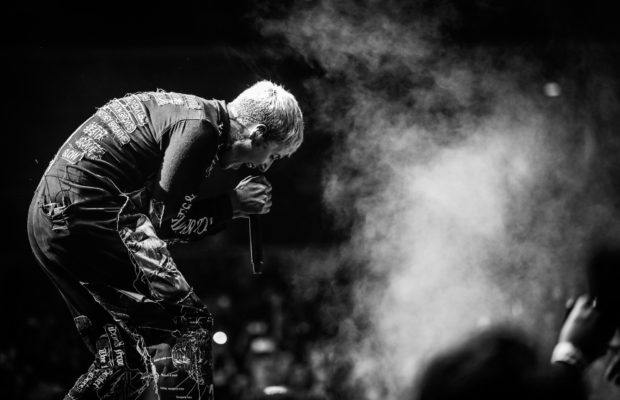 Bring Me The Horizon, Thrice, and The Fever 333

“Do you want to start a cult with me?”

Almost as if it was planned, the second those 9 words came out the whole venue exploded into what would end up being an absolutely insane and amazing experience for everyone involved.

For starters, I need to say that this was hands down one of the best shows I’ve ever been to. With it being only the second day of tour and the same day as the release of Bring Me The Horizon’s sixth studio album, amo, the energy in the arena was euphoric. Oli Sykes, along with the rest of BMTH, are born to be performers and everyone in the band brings their own energy to the stage. They’re able to get everyone from the pit all the way up to the nose bleed seats screaming the words to every song. One thing I’ve always loved about BMTH is their attention to detail on stage with their backdrops and lights. The set design for this tour is minimalistic, unlike the ‘That’s The Spirit’ tour in 2015 which included a stage made entirely of videos and graphics, and featured a single logo centered in the back which lit up to the music. I also want to give a shoutout to the crew behind the scenes on this tour as they did a fantastic job on not only the lighting but the confetti cannons and smoke. This wasn’t just a concert, it was a whole experience that took teams of people to pull off. It still feels surreal that I had the opportunity to experience it with thousands of other fans.

With supporting acts Thrice and The Fever 333 each bringing their own crowds to the mix I would say if they are touring near you then it should be a no brainer to go.

You can find tickets and tour dates at  https://www.bmthofficial.com/tour/ and be sure to check out BMTH’s new album amo on iTunes and Spotify, you wont regret it.

Bring Me The Horizon Setlist: