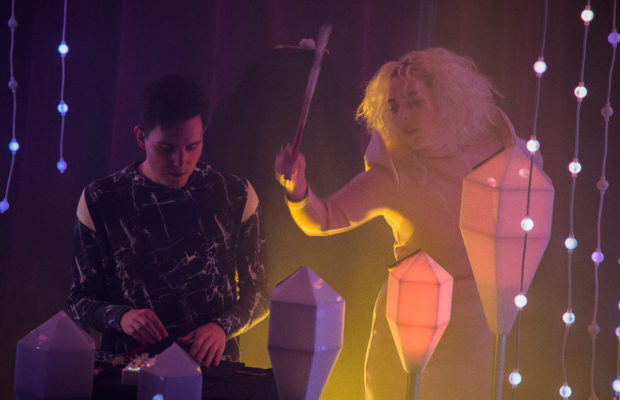 Purity Ring brought their live show to Louisville, KY on November 1st for a near sold out show.  They played a nice selection of songs to an enthusiastic crowd that spanned both albums. Their stage set up was beautiful, with strands of beads hanging from the ceiling that lit up with an array of colored lights.  Corin had his podium set up towards the back of the stage, behind crystal shaped poles that also lit up.  Megan really engaged the crowd throughout the entire performance, walking the length of the stage and singing from the very edge of it, with much of the crowd singing along with her to every song. Los Angeles noise rock band HEALTH opened the show.