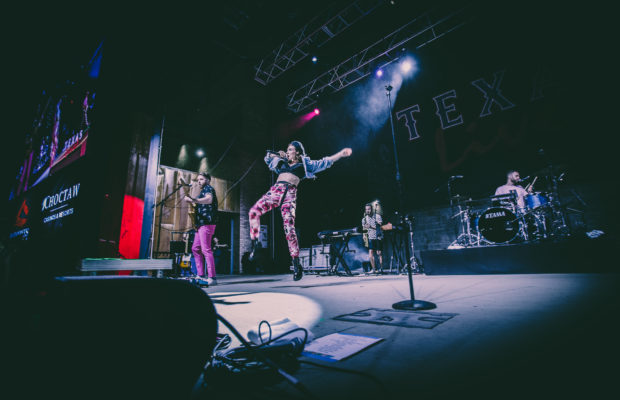 On September 21st at Texas Live! Arlington Backyard in Arlington, TX, MisterWives was scheduled to perform with joan as their opener. joan took the stage and captured the crowd with their synth pop jams, including “tokyo” and “take me on.” With their ballad, “i loved you first,” joan really showed the audience how two men can create such a big sound, Alan’s guitar solo being the shining moment. After their set, however, thunderstorms hit and MisterWives’ set was delayed by over an hour. However, after a long time of patiently waiting, MisterWives took the stage and made that wait beyond worth it. With their anthemic sound and incredibly high energy, songs like “Coloring Outside The Lines” and “Reflections” filled the venue with happiness. The entire crowd was on their feet dancing in the rain and it was beautiful.