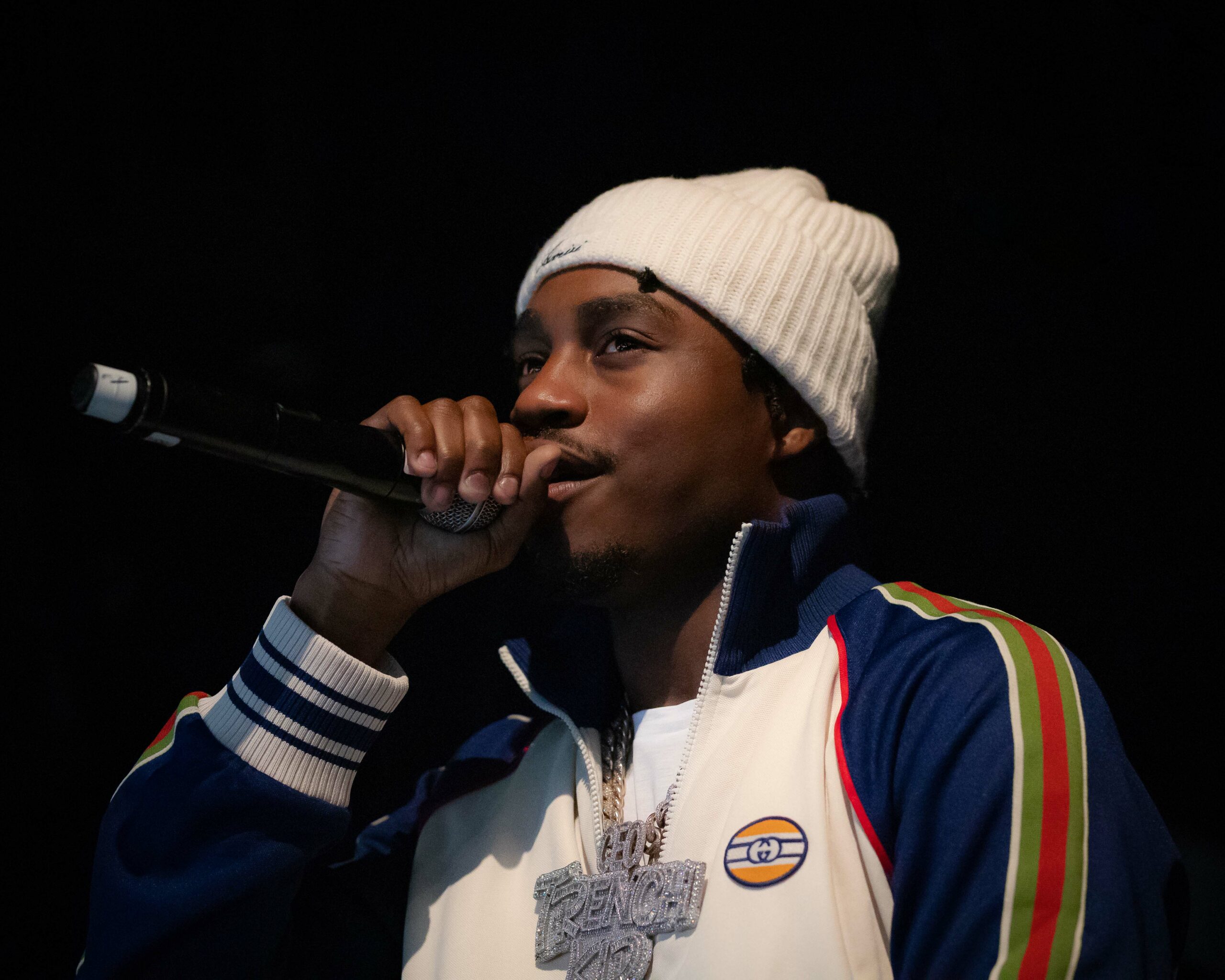 American Rapper Lil Tjay brought his ‘Destined 2 Win Tour’ to the O2 Academy in Birmingham (UK) on November 14th 2021 which was one show on the tour that SOLD OUT. This is the tour following the release of his most recent album ‘Destined 2 Win’ which was released earlier this year in April 2021.

Lil Tjay, real name being ‘Tione Jayden Merritt’ is an American rapper from New York City, USA. Considering the guy is only 20 years old, he’s doing extremely well for himself. He has collaborated with the likes of Polo G, The Kid Laroi, J.Cole, 6LACK, the late rapper ‘Pop Smoke’ and many more. Not bad for a 20-year-old aye. Lil Tjay originally started posting music on Soundcloud in 2016 when he was just 16 years old, a track called ‘Resume’ quickly began gaining a lot of traction on the music platform. In 2018 Tjay competed and placed first at the Coast 2 Coast LIVE NYC All Ages Edition, this made him catch the attention of record label A&R who were in attendance. Soon after he released the song ‘Brothers’ which become his biggest song at the time and this song evidently led to him signing to Columbia Records which is a company owned by Sony Music. Within the first 10 months of Lil Tjay’s career, he released five tracks onto Soundcloud and these all accumulated tens of millions of streams. So far in his career, Tjay has released 3 EP’s and 2 studio albums…not bad for someone who only started releasing music to the world in 2016.

I (Dan Rose) travelled 1 hour and 30 minutes to see this show and get the opportunity to photograph Lil Tjay in Birmingham, UK. I very rarely do this and am glad I managed to get accepted for a Photo Pass by Columbia Records. I did have a bit of trouble getting access to the Pit area after picking up my Photo Pass at the O2 Academy in Birmingham. The security at this section would not let me in, even though I had a photography pass in my possession. I managed to find someone who was higher in charge at the venue and explained the issues to which I was then escorted into the section I needed to be in by a great member of security. Thankfully I managed to get this sorted in time for Lil Tjay to take to the stage.

Fans waiting to see Lil Tjay were treated to two supporting acts, the first being an act called ‘ZieZie’ and the second being a DJ called ‘Kenny AllStar’. ZieZie is a British afro swing rapper and songwriter of Congolese heritage. ZieZie put on a great show, I enjoyed watching his set. He regularly went right up to the crowd and at one point went in the crowd with the concertgoers. ZieZie played songs that I’d heard before but didn’t know he was the artist originally. One song was his song called ‘Fine Girl’ and he also performed the song ‘Buss Down’ which he featured on UK rapper Aitch’s song. DJ Kenny Allstar took to the stage after ZieZie and Kenny put on a hell of a mix of songs, I enjoyed the set. Kenny Allstar DJ’s on BBC Radio 1XTRA here in the UK, it was great to see him perform live.

There was a long wait between Kenny Allstar finishing his set and the time when Lil Tjay took to the stage. I was starting to get concerned about how long we were waiting in anticipation. Originally I was told by Security that Lil Tjay was supposed to take to the stage at around 09:30 pm but he arrived on stage at just after 10:00 pm and his show lasted until 10:45 pm, not too long but he put on a great show nonetheless. Lil Tjay performed a lot of his discography as well as my personal favourites ‘What You Wanna Do’, ‘Headshot’, ‘Calling My Phone’ (which peaked at number 2 on the UK singles chart) and ‘Mood Swings’ by Pop Smoke which Lil Tjay featured on. Something did amaze me at this show and it’s something I have never seen before at a concert. Lil Tjay and his entire team on the stage paused the show and took the time to start throwing bottles of water into the crowd for the fans to stay hydrated. This is something I think more musicians should follow suit in doing at their concerts, after all the fans are the ones who made artists who they’re today. Great job Lil Tjay!