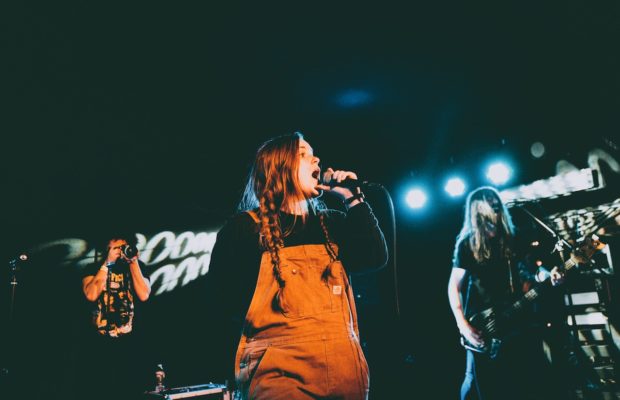 It is fair to say that Jax Anderson, better known by her stage name Flint Eastwood, had a pretty good 2017. She released her debut album, Broke Royalty, toured with PVRIS, and landed on some coveted music festival lineups including Lollapalooza and Bonnaroo. But, if the Flint Eastwood’s headline show at New York’s Mercury Lounge, was any indication, this musician is not slowing down anytime soon. It was a night full of triumphant tunes as the Detroit singer weaved effortlessly through her setlist, including the larger-than-life track “Queen”. Flint Eastwood energized and engaged the audience with her stage presence and, at the end of the night, left them inspired with a brief but meaningful speech directed towards the women in the room.