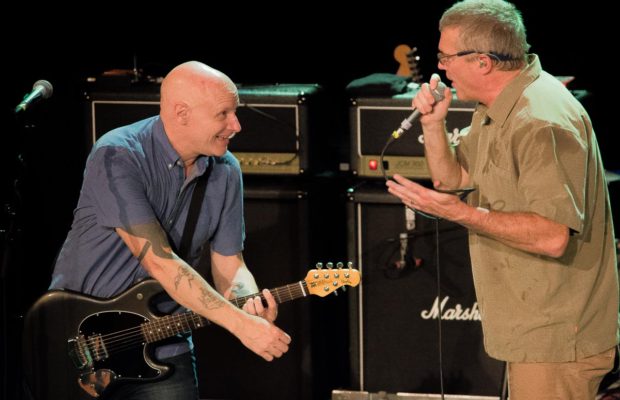 Photos and words by: Emily May

Legendary punk rock band Descendents played two sold out shows at the Neptune Theatre in Seattle, WA on November the 9th and 10th.  As they are my all time favorite band, I was thrilled to cover their show on the 10th.  They played a vast selection of songs spanning their entire catalog, including two encores, and classic hits such as Clean Sheets, Sour Grapes and Coolidge.  The crowd was energetic, singing along to every song and often jumping on stage with the band as a vantage point for crowd surfing.  The entire band fed off the energy of the crowd, with Milo constantly engaging the audience with sing alongs for their entire set.  It was an amazing night and Descendents showed that they still have the passion and energy for performing and releasing albums. Nashville band Bully and local band Broadway Calls opened the show.