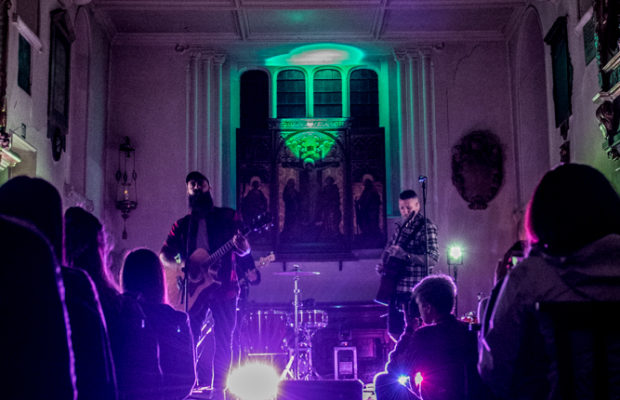 On 10 November 2016, Californian duo This Wild Life began the UK leg of their Low Tides tour in style at St Pancras Old Church in London, which can trace its history back as far as the Norman Conquest.

This was a special intimate show which was quick to sell-out. Those who were lucky enough to get tickets were in for a very special evening in beautiful surroundings as Kevin Jordan and Anthony Del Grosso bought their unique brand of heart-felt acoustic rock to London.

As well as playing tracks from their latest album ‘Low Tides’ the band also treated fans to tracks from their previous album ‘Clouded’, including History and Concrete. They also played their acclaimed cover of ‘Sleepwalking’ by Bring Me The Horizon, and my personal favourite ‘Ripped Away’, from their 2012 self-released album ‘Heart Flip’.

Support came from YouTube vlogger and musician Bethan Leadley, who performed tracks from her 2015 EP ‘Inside Her Head’ as well as covers of ‘Somebody Else’ by The 1975 and ‘I Hate U, I Love U’ by Gnash.