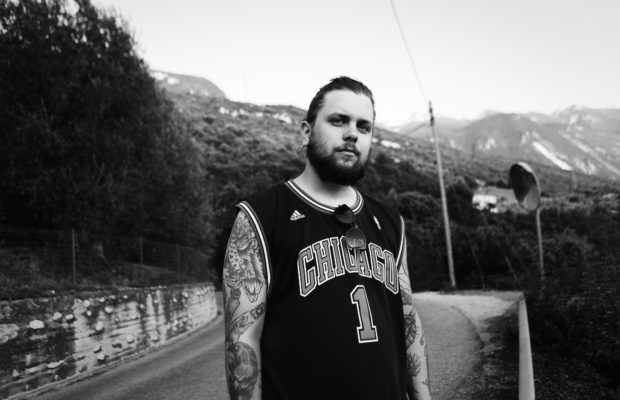 Arne Desmedt – who goes by Arne Cardinals after the Alexisonfire song “Young Cardinals” – was born in a small town outside of Antwerp, Belgium. Currently, Arne lives and works in the lovely city of Antwerp as a traffic and safety controller for trains and “Yes! That is as exciting as it sounds!” He says of his job. Arne has been shooting since 2012, at least, and tends to focus his camera more towards the hardcore genre of music. Lastly, today is Arne’s 26th birthday, so make sure to wish him a happy birthday!

How did you get into photography? What is it about the art that drew you in?

I started out somewhere around 2011 using my ex girlfriend’s camera. Back then I had some good friends playing in a band and I took that camera out to local shows and I slowly started developing the love for concert photography. What drew me in was probably the raw emotion of a band performing on stage. I loved capturing the vibe a band had during their show. When I started to shoot more shows, I became more confident about my skills and started photographing other things outside of concerts too: portraits, nature, street shots, etc.

What was the first show you shot and looking back on it, what advice would you give to your former self?

My first show I can’t really remember but I can still remember Enter Shikari at Muziekcentrum Trix in Antwerp back in March 2012. I had no photo pass but I snuck in my camera and took some photos from the crowd. If I could give myself some advice, it would be to get more to the front and take some other photos than just from the crowd and the lights.

Out of all of the photos in your portfolio, which is your favorite and what is the story behind it?

That’s probably going to be the Turnstile photo I took at Groezrock 2015. Ever since first shooting Turnstile back in 2014 at Ieperfest I developed a love for the band and every show I shot since then has been absolutely amazing. This photo has so much going on in it and the fact that Brendan almost high kicks the guitarist in the face is just what this band is all about. If I had shot the photo now, I’d probably edit it totally different, but I still like the way I did it back in the day.

You specialize in shooting shows in the punk and hardcore scenes. What drew you into those genres and do you think that that genre is more photogenic than other genres?

Well it’s the music I listen too so it made sense shooting those genres! I love shooting bands I listen to daily and like you said, it’s a very photogenic genre. A lot of jump shots, stagedives, mosh pits etc. It’s so much fun. For a couple of years I’ve been the in-house photographer for the biggest metal festival in Belgium: Graspop Metal Meeting and I’ve shot some bands there that were “out of my genre”. Although the production and light setup they bring to the stage, I really missed the energy some hardcore bands have.

You have a distinct editing style and I especially like the textures that you bring into your photos like the film grain and stuff. What made you decide to do that? Who are your photographic inspirations that you look towards when editing your images?

I’ve been constantly evolving my style and it’s only since early 2017 I really found the style I wanted to put out. I saw work from amazing artists like Joshua Halling, Gingerdope and Matty Vogel and it really inspired me to do something similar.

Frank Carter and the Rattlesnakes

That’s tough question. I don’t really try to separate or include my personality into the photos I create. But I’ve had people tell me that they could recognize my photos. For example, at GMM, we are with 13 photographers and when you look at the photos they post on IG or Flickr you can spot my photos immediately. So I think my style of editing pops out comparing to others, so in some way I’m including a personal touch in them.

When shooting shows, what is your typical gear setup?

Do you prefer shooting tours that come through venues or big festivals and why?

I prefer club shows. It’s way more intimate and the bands often play longer/better sets. I like shooting outdoor festivals because of the bright daylight but I’ll choose club shows over festivals every day.

For our readers out there that are interested in concert photography but not sure how to get to your level, what advice do you have for them?

Haha “my level”. If I would give some advice, just keep doing you. Keep grinding away at local concerts, keep experimenting with your gear, edits, work and build up your portfolio and you’ll automatically will be noticed and get access to bigger shows. And most importantly keep having fun!

You can stay up to date with Arne Cardinals by following him on Instagram and checking out his website here.