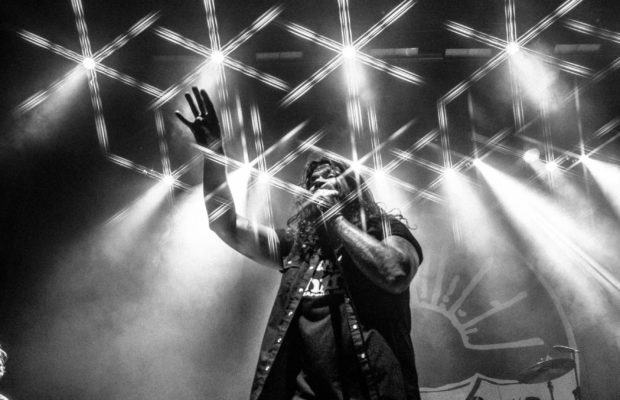 Fans in New Orleans got lucky with an added stop from Taking Back Sunday with guests Mighty and Microwave this past Wednesday! The Joy Theater came out in full force with a massive crowd ready to jam with the three rock bands for this special show between tour-dates.

Hailing from Pittsburgh, MIGHTY gave the enthusiastic venue an upbeat opening act filled with nostalgia twanged pop-rock that set a solid tone for the night. Unlike many shows where the crowd trickles in as the openers go on, this show had a packed house from the get-go, adding to the overall energy of the night. Next up was Atlanta band Microwave, who came in hot with their hit “Lighterless” to showcase their unique, driving sound. Fresh off a tour with Jimmy Eat World and getting ready for a tour with Can’t Swim followed by a UK run with Boston Manor, the band has gained quite a bit of traction over the past year in the contemporary emo space and definitely lived up to their buzz at this show.

There was no denying the extreme excitement for Taking Back Sunday with this rowdy Louisiana crowd: The band played a near two hour set and the energy level of the entire venue remained sky high the entire time. Going through hits both old and new like “Cute without the E (Cut From the Team)” and “Tidal Wave,” the Long Island natives gave a well-rounded taste of their discography to a well deserving crowd. It was a special night overall for New Orleans with this unique, somewhat last minute show addition, but New Orleans itself is also pretty special as frontman Adam Lazzara repeatedly mentioned on stage. We hope to hold him to his word when he says they’re going to start coming to New Orleans more, and eagerly await the next opportunity to see Taking Back Sunday in The Big Easy!