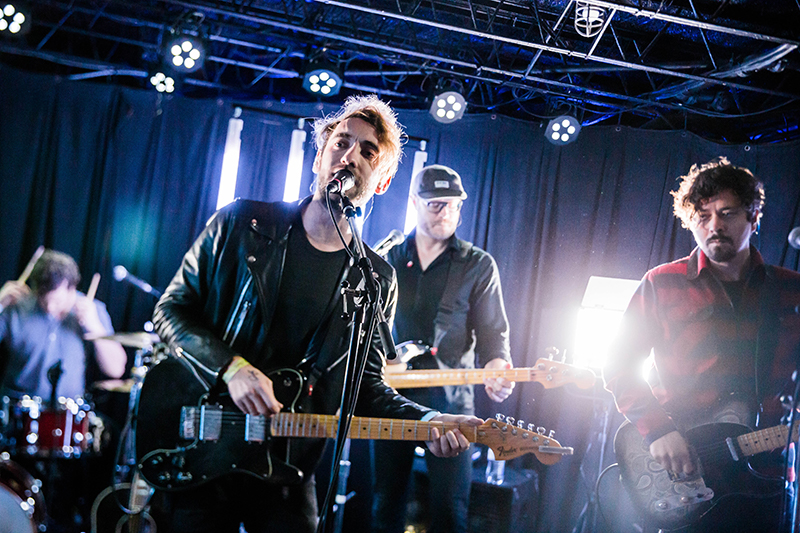 BANNERS, a true delight all the way from Liverpool  had brought his North American tour to Vancouver, Canada. Arriving late due to bus problems, my friend and I sat in a booth, watching the stage be prepared for the man himself. At around 8:30, the lights went down and BANNERS opened with his song Into The Storm, powerfully belting out the lyrics, falling completely into the music.

It was quite obvious that my friend and I were the youngest two there but it did not matter. Everyone was so into listening to this man that was up on stage. A couple of songs later, BANNERS stopped to connect with the audience. He began to explain that he had this picture of a bear that he bought, it was leaned up against the stage but apparently someone had stolen it. “I really love that picture” he had said. This little rant really connected the audience to the talented man on stage. He continued on to play Where The Shadow Ends and Got It In You, baffling me with his vocals. Later on the rant came back and BANNERS said that he had found the picture on stage.

With a small, intimate guitar performance with his band, BANNERS continued to wow myself and the entire crowd. Playing through Supercollide and Gold Dust with incredible power. He ended off the night with Someone To You, closing out the show with such an incredible performance. BANNERS is an artist that I would adore to see time and time again. His live talent is absolutely incredible and definitely a man worth seeing in a live show.