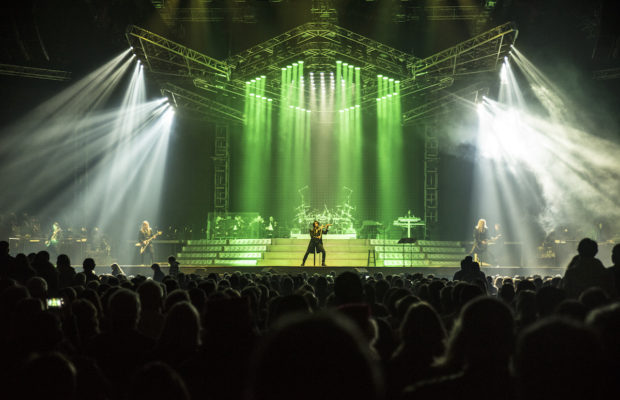 With the holidays right around the corner, it was the time of year for the Trans Siberian Orchestra to bring their annual holiday tour through the northeast. With a stop consisting of two shows in Hershey, Pennsylvania, on the 16th, they brought together people of all ages to celebrate the holidays.

As per usual, their set consisted of two main parts – the first being The Ghosts of Christmas Eve. Based off of their hit album released in 1999, the storytelling live show presents the story of a runaway girl on Christmas Eve, and how she has ghostly visions of the past, accompanied with songs such as their biggest hits “Christmas Canon” and “Christmas Eve/Sarajevo 12/24.” The live show included a storyteller, as well as special guests to perform alongside the band for various songs.

The second half of the show transitioned into less christmas music, and more rock. The instrumentals included violin, guitar, bass, and keys, which were all favorites among the crowd. Throughout the entire show, the band interacted with the crowd, whether it be running through the crowd, or the walkway that suspended them over the first section on the floor. All in all, the show was a fantastic way to kick off the Holiday season, and get everyone’s mind off of the single digit temperatures outside.