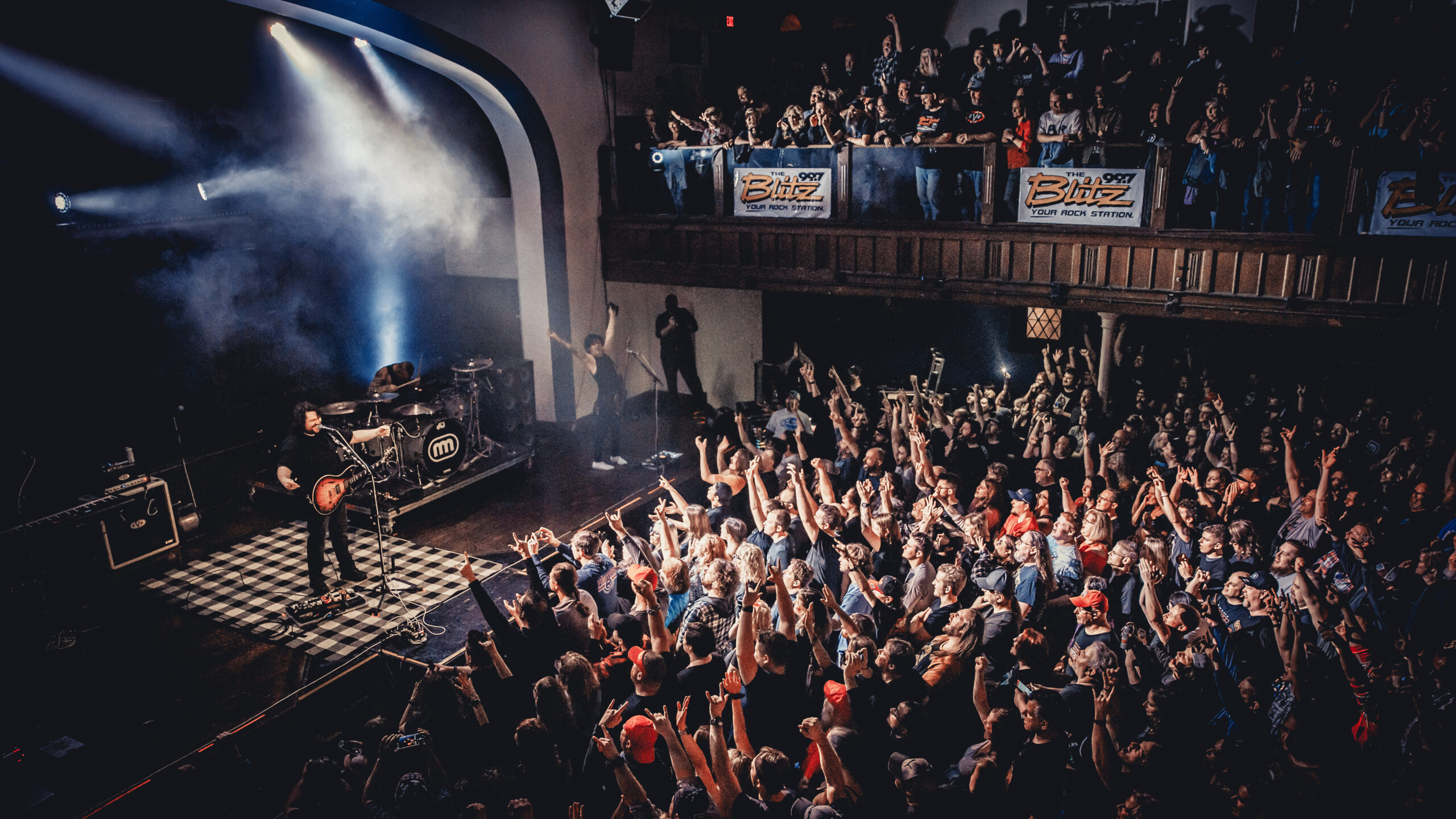 When the Young Guns Tour was announced I could not have been more excited for such an amazing pairing to come to the Bluestone in Columbus, OH. The date was originally scheduled for January but was postponed due to Covid.

Finally, on Friday evening a long line started forming in front of the old church that was converted into a concert venue for the sold-out performance.

By 8pm the venue was filled to the doors with excited fans and when the lights went off and Dirty Honey came on stage the fans were roaring in excitement.

The band opened with “Gypsy” and immediately everyone was singing along. What followed was a 60-minute set with songs from their debut album, as well as an amazing cover of Prince’s “Let’s Go Crazy“.

Lead singer Marc Labelle complimented the crowd and said that this has probably been the best crowd on this tour so far and I have to agree when I saw how excited people were to see the band perform song after song from their amazing debut album.

They finished their set with their hit single “Rolling 7s” and probably turned lots of fans who came to see Mammoth WVH into Dirty Honey fans as well, many of whom immediately went to the merch booth to grab themselves some Dirty Honey vinyl.

If you have not had the chance to listen to their album, I highly recommend you get yourself a copy here.

Next up was Mammoth WVH. Frontman Wolfgang Van Halen recorded his debut album completely by himself, playing every instrument and it was released last year. I had the chance to see WVH last year at one of his very first live shows with his band Mammoth WVH and I can say seeing him again less than a year later I could definitely tell how much more comfortable he felt playing his songs and being a frontman. I was impressed.

They played a great set with a nice variety of songs off the album, as well as an Alice In Chains cover “Them Bones“. When Wolfgang announced they were going to play a cover song next, some people assumed he’d play some Van Halen but luckily they were wrong. WVH said he was IN Van Halen and it would be like asking the Foo Fighters to play some Nirvana songs. What a great comparison.

They ended their set after about an hour of pure rock music with the super catchy “Don’t Back Down” and I can’t wait for Wolfgang to go back to the studio to work on some new songs.

While we wait for new music make sure to get Mammoth WVH’s debut album here. You’ll not be disappointed.

Mammoth
Mr. Ed
Epiphany
Horribly Right
You’ll Be the One
Stone
I Don’t Know At All
Think It Over
You’re to Blame
Distance
Them Bones (Alice in Chains cover)
Don’t Back Down