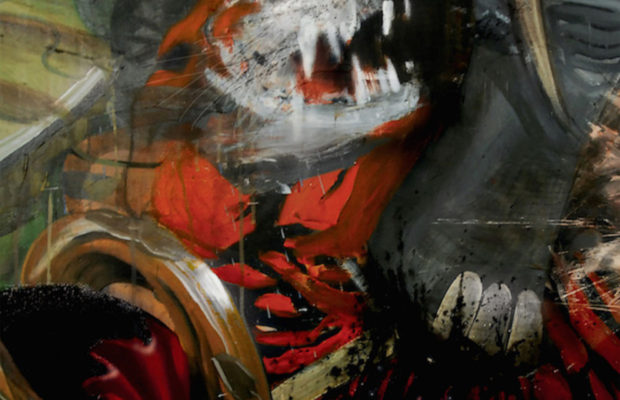 Alexis Krauss and Derek Miller, better known as the self-proclaimed noise pop duo Sleigh Bells, will release their much anticipated fourth album Jessica Rabbit on November 11th through their own newly established record label Torn Clean. The band set the music genre ablaze when they stepped onto the scene in 2010 with their debut release Treats, offering listeners with a sound that had never been heard before. Since then, their heavy bass, electrifying guitar riffs and powerful vocals have paved the way for a whole new style of music that is uniquely Sleigh Bells. Within their fourth album, we see Sleigh Bells take a turn in a new direction: a direction that shows growth and maturity, but also a sophisticated control over their past. Jessica Rabbit takes the notable elements of the past albums and intertwines them with a new raw and emotional sound that offers listeners insight into a new side of Sleigh Bells.

The album opens with the single “It’s Just Us Now”, an intelligent choice for Sleigh Bells as they begin to ease listeners into their new sound rather than throw them right in. “Torn Clean” follows and is one of three seemingly intermission-style songs that offers listeners a chance to transcend into a new world through the experimental sounds and minimal vocals.

“I Can’t Stand You” opens with a classic Sleigh Bells sound and immediately becomes a total head-banger. While the song lacks in the blood-pumping rush of sounds that were previously seen from Sleigh Bells, the slowed down sound is fitting and offers listeners a different kind of rush. “Crucible” opens with a blood-curdling scream before diving into an intro that listeners are familiar with, filled with heavy guitars and drums. For those listeners looking for the noisy, head-banging anthem that is typical of Sleigh Bells, this song is the track for you.

In “Throw Me Down The Stairs”, vocalist Alexis Krauss has a sort of seething edge in her voice, “I’m kicking dirt, pulling down trees / One by one,” she explodes, as multi-instrumentalist Derek Miller slashes the chorus into a haywire of electronic sounds. Throughout the album Sleigh Bells shows their ability to maintain their growingly predictable sound while advancing closer towards mainstream pop.

There are points within the album where their sound recalls that of other contemporaries like Phantogram and Crystal Castles. However, the most success comes when Sleigh Bells is able to seamlessly blend their distinct sound with mainstream pop, as seen in “Unlimited Dark Paths”, when they return to their infamous belligerent lyricism and world-destroying noise. The album closes with “As If”, a track that is a personal favorite on the album. The vocals, which feature the previously seen semi-robotic echo sound effect on Krauss’ voice, are electrifying and offer the perfect conclusion to the album. Throughout the track, Sleigh Bells makes it clear that this is not a goodbye forever but rather, a see you later.

Jessica Rabbit is perhaps the most raw and emotional album that we have seen from Sleigh Bells thus far. The band has shown an immense step forward in the realm of growth and maturity both in musicianship as well as lyricism. While some fans may see this album as a digression from their previous powerhouse albums, it is clear to see that Jessica Rabbit is a step in the right direction.