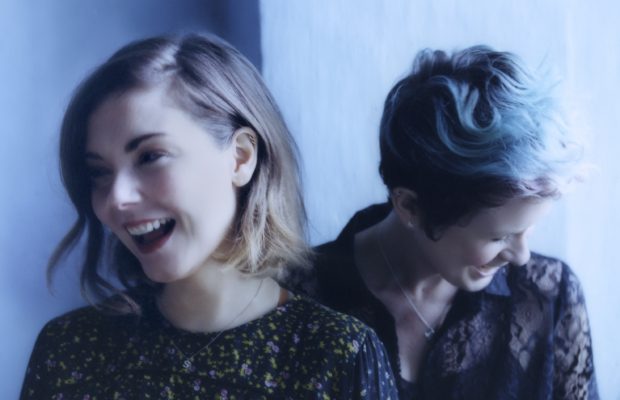 Scottish-duo Honeyblood just released their new album, Babes Never Die, on November 4th and are wrapping up their current tour in the states before heading back across the pond for a tour in the UK in support of their new record. We recently caught up with the band and they opened up about their time in the studio and what fans can expect from their live shows.

Your new album, Babes Never Die, was just released in the US this month. What was the overall writing and recording process like and how long were you in the studio for?

We were in the studio recording for 13 days. We wrote the bulk of the album over a duration of 6 months. The whole process of creating this album was very different than the first and I feel that we have created a very different style of record because of that.

While in the studio writing and recording for Babes Never Die, did you approach anything differently than you did when you were recording your past albums?

Definitely, we had a much more hands on approach to recording this record. We had demoed extensively and knew between us what sounds we were going for on the record. Also, the new record is more of an entire piece while the first one is a collection of songs.

How do you feel this new release differs from the albums you released in the past and is there anything new fans can expect from Babes Never Die when they give it a listen?

This album was largely written with characters in mind rather than NY own experience in parts. However, there some very personal songs on there. It’s a heavier, faster-paced sound and brings us up to speed on where our live show is.

Being from Glasgow, do you feel like the city has influenced the music Honeyblood makes in any way? If so, how?

I think it definitely has influenced us as people and the musicians we have met there have had a impact. It’s a great city and I feel proud to be a part of the wonder music scene there.

You are currently touring in the states to promote the new record. For fans that have never been to a Honeyblood show and are looking to come out for this tour, what can they expect from one of your gigs?

We like to have fun and interact with our crowds. We are pretty chilled out, but we also like to play loud and fast!

In what way do you think social media has impacted Honeyblood, whether positively or negatively, and how do you think your careers would be without it?

I think it’s a great way for bands to control their own media. However, it means you have to be a media mogul to be a successful band or have a dedicated team helping out constantly. It’s nice to interact with your fans on that level too.