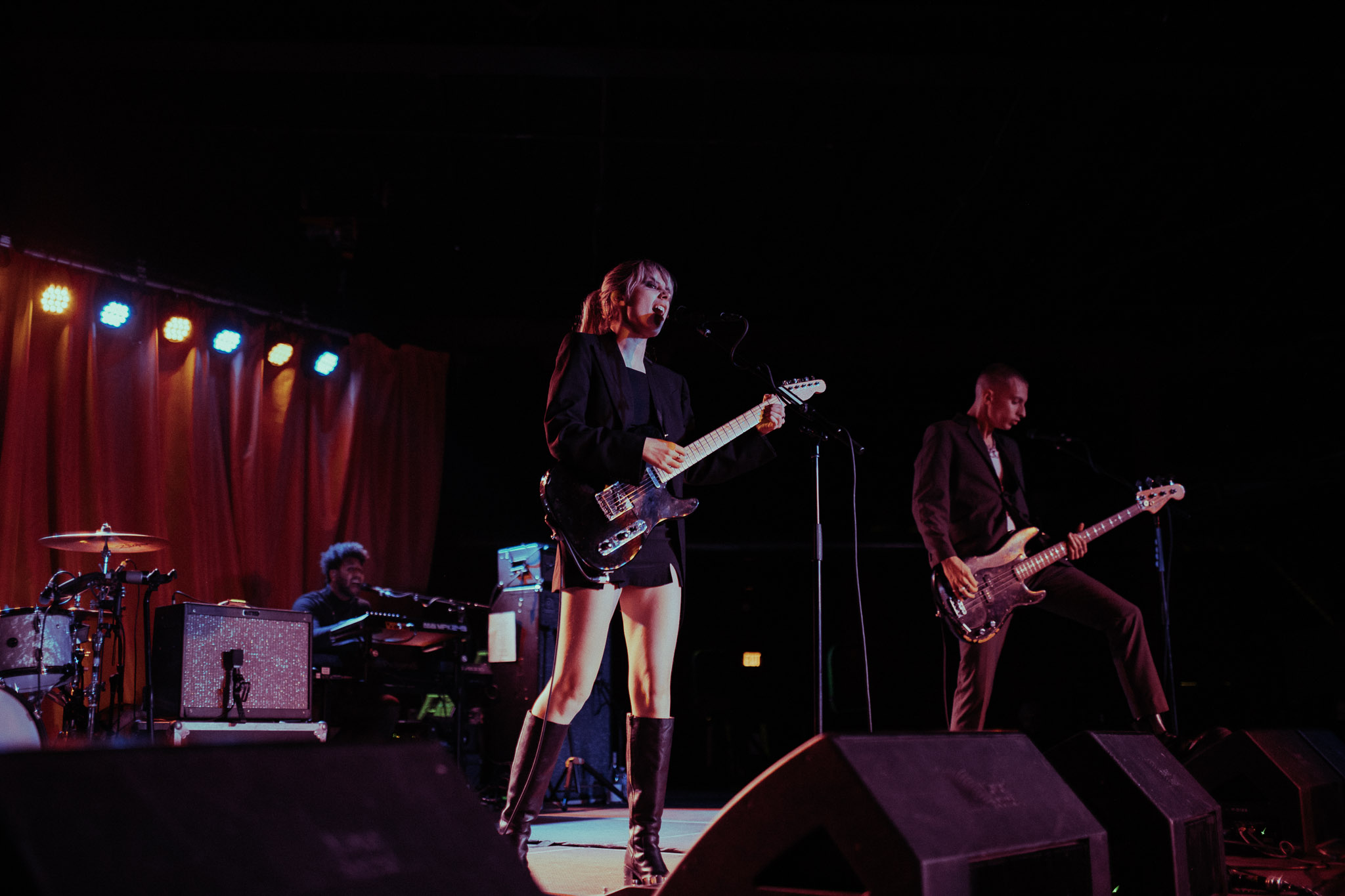 London rock band, Wolf Alice, made their way to Nashville, TN this past Thursday to perform at Cannery Ballroom. Two hours before doors, the line was backed up all the way down the street. The weather was frigid, but these fans said waiting in the cold was worth it.

Bria started off the night, captivating the crowd with her unique sound. Pop with a twang of country. The kind of music you would listen to while driving around at night or sitting on the porch with a glass of wine. She put so much soul into her performance and I would love to see her perform again.

As the lights dimmed, the crowd roared with excitement, their hands flailing. Wolf Alice started off their set by performing the single, “Smile,” off their newest record Blue Weekend. They followed by playing some songs off their older records such as, “You’re a Germ,” and “Formidable Cool”. It was nice to see a band have a good mixture of their discography throughout their setlist.

About mid-way through their set they performed, “Play The greatest hits”. A very upbeat song that makes you want to move around. It had the crowd dancing in circles. As Front woman, Ellie Roswell, was head banging, her ponytail extension flew off and the crowd was laughing while having the time of their lives.

As the night was coming to a close, the crowd cheered for an encore and Wolf Alice came back to play one of their most popular songs, “Don’t Delete the Kisses”. Fans were filled with joy after watching such an incredible show.

If you haven’t listened to Blue Weekend, I would highly recommend you check it out. Wolf Alice has shown throughout their albums how diverse they can be with their sound. And if you want to have a fun-filled night, be sure to attend a  live show.