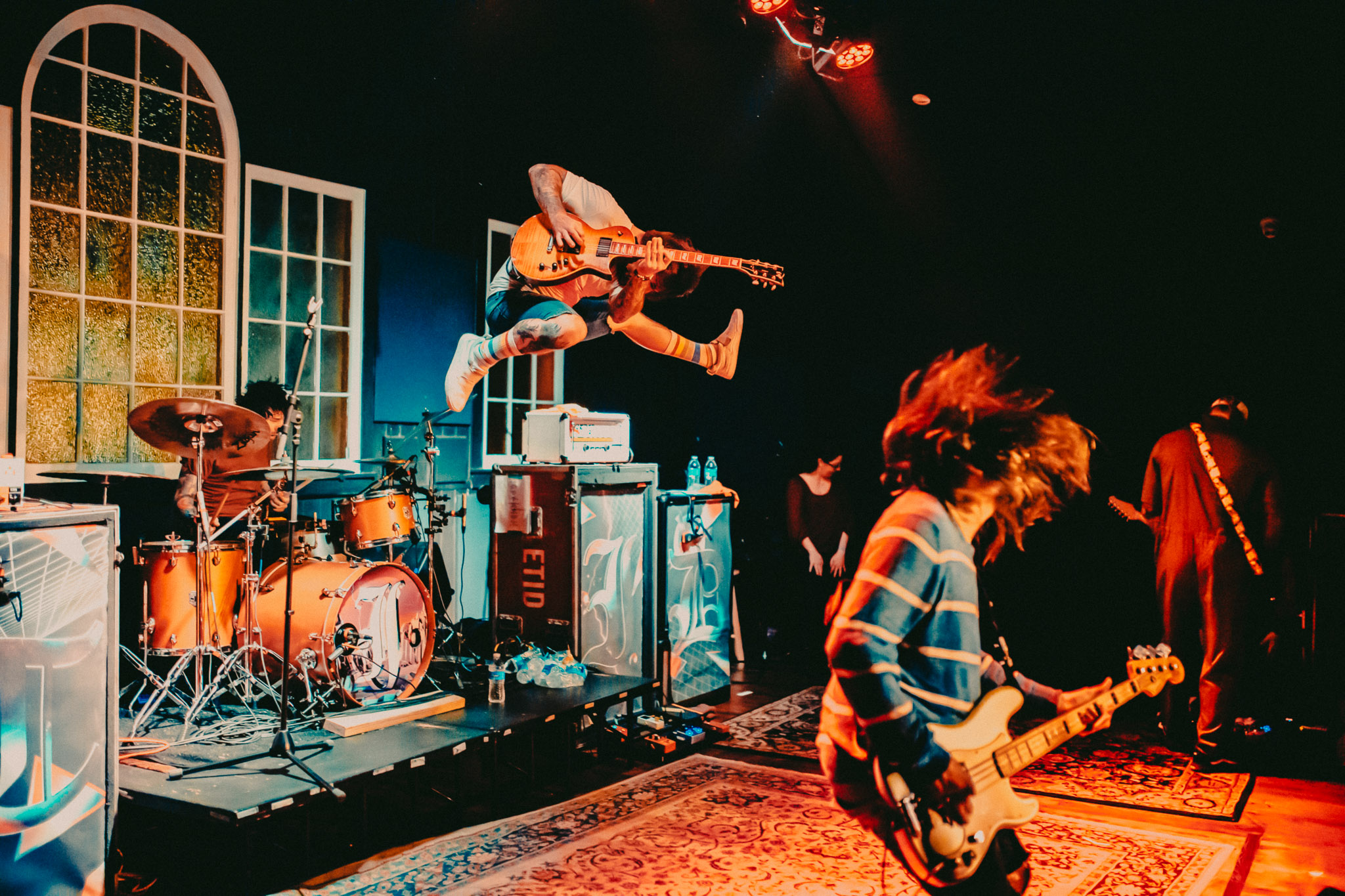 EVERY TIME I DIE with ‘68 and CANDY

New York heavy rock band Every Time I Die brought The Radical Tour to Mid City Ballroom in Baton Rouge, Louisiana to a sold out crowd on November 23rd. Following the late October release of their ninth studio album, Radical, the band has been on the road throughout November and was initially slated to play the new Baton Rouge venue Chelsea’s Live. Due to delays in the venue opening, the show was moved across town to Mid City Ballroom, and the small venue paired with the rowdiness of a sold out Every Time I Die crowd made for an exciting, intimate, and memorable experience.

Opening the night was hardcore act Candy, who got the audience warmed up with fans thrashing and two-stepping across the ballroom. The majority of the crowd skirted around the center stage pit opening to allow windmills and cartwheels to happen, until finally stepping forward to close the gap and allow maximum head banging for the last few songs, just in time for ‘68 to come on.

‘68 has a big sound for a two man outfit! The duo prides itself on having a unique combination of rock, blues, and hardcore undertones in their music. With just guitar and drums (along with an animated stage presence and a variety of electronic pedals and sound effects) ‘68 puts on a show that’s unlike any other- guitar tossing included.

Fans waiting to see headliners Every Time I Die exploded with energy as soon as they hit the stage. Mid City Ballroom is a fairly small venue (about 300 person cap) with no barricades or traditional security up at the front, which made for a thrilling experience for both band members and stage divers. Every Time I Die is notorious for putting on a loud and lively set: The amount of energy expended on stage was both exhausting and mesmerizing to witness, especially knowing that they manage to do it every night on tour! The band performed a decent overview of their discography with hits like “We’rewolf” and “Decaying with the Boys” but focused on the latest songs from the tour’s namesake album Radical.

Seeing a band with as big of a following and presence as Every Time I Die was so special at an intimate venue like Mid City Ballroom. Both fans and band are sure to remember this insane night of the tour, and if The Radical Tour is coming near you it’s not a show to be missed!

EVERY TIME I DIE