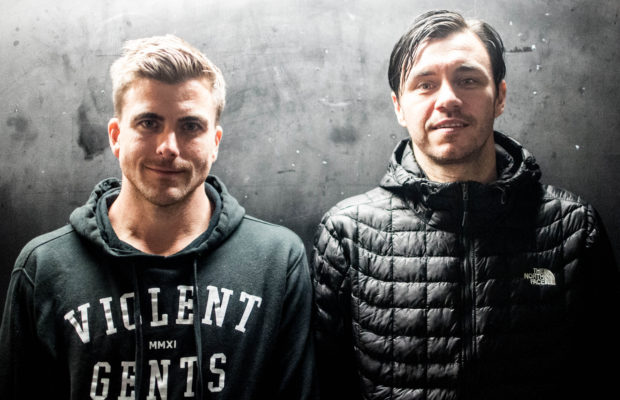 Right before they took the stage for their first ever UK date as Saosin with Anthony Green, we sat down with Beau Burchell and Anthony Green where they opened up about what influenced their decisions to pursue careers in music.

Beau: For me, it was just that feeling that you get when you hear songs and it just puts you in a space. For me, it’s either angry or sad music that I really relate to. I have a hard time writing a happy song. I can’t do it, but when you put a guitar in my hand, it’s instantly either pissed off or sad music. Those are the two emotions I have a hard time expressing so as soon as I heard music that let me feel that, I wanted to be able to do it.

Anthony: I would put my headphones in and would listen to bands like Metallica and want it to take me somewhere else. I would feel relieved of everything that was going on and I’ve always been attracted to music in that way and when I was getting older and I saw people playing music, playing guitar and piano and starting bands, I saw that all as a way to make friends and in that same process, I was teaching myself to go to that place that music takes you. I’ve always loved the idea of getting outside of myself and just sort of leave whatever was going on and music always did that for me. It all unraveled that way and I just thought “well no one is singing for this band so maybe I will just start singing” and it felt really good.

Keep a look out for our full interview with Beau and Anthony, out later this month.

Saosin’s brand new album, Along The Shadow, drops May 20th!