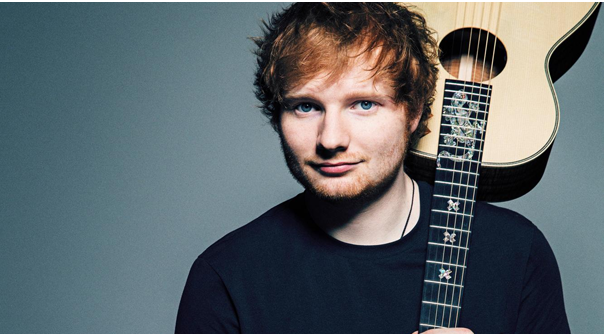 Well for starters, I thought he was wearing Shape Ups. You know, those bulky and semi dangerous shoes that old women wear to help them “exercise” throughout the day? Yes, I thought the incredibly talented and wickedly famous Ed Sheeran stepped out onstage for the first night of his headlining tour wearing shoes created for old women who frequent department stores.

It was a stupid thought – something that I was corrected on quickly. Apparently, they were Nikes.

Anyway, it took me a moment to really process what I had thought I saw and why it wasn’t that big of a deal to me if Ed Sheeran did, in fact, walk onstage in those shoes. That’s when it hit me – Ed could do absolutely anything and it would be bloody brilliant. That’s just how good he is.

The opening night of Ed Sheeran’s headlining solo tour kicked off in Seattle and it was definitely a show I have never witnessed before. As soon as the lights dimmed, I waited for music and lights to kick in and some montage to appear on the screens, but that never came. There was no dramatic introduction or confetti shooting through the air – Ed just casually walked up to the microphone, plugged in his guitar and began to play.

In front of a couple thousand people, Ed Sheeran played the entire show with a guitar and loop pedal – that was it. He didn’t leave the stage for a costume change or have a choreographed group of dancers surrounding him at any point of the show. The screens pasted beautifully crafted visuals and videos throughout the night to accompany his singing and nothing more was done.

This is something the entire public needs to understand about Ed – he rose in the industry by being himself. He didn’t hide behind some gimmick or put on flashy shows for the sake of racking in extra cash. He told the crowd at the beginning of the show that it was his job to entertain them and that is exactly what he did – stripped down, Ed is all about the music and nothing more.

Ed’s seventeen song setlist did not disappoint a single fan in the crowd that night. With a mix of classics from Plus, new hits from Multiply and even some old songs that were written towards the beginning of his career, Ed’s incorporation of new and old material allowed everyone to grasp where he had started and where he stands now.

About a third of the way through the set, Ed performed the song “Take It Back”, a track off of his latest album, Multiply. If you ever come across someone in your life that doubts Ed as not only a performer, but also a lyricist, fiddle around on one of your gadgets and find a video of him performing this song. As a track that talks about his relationship with the media and his humble beginnings as a musician, I have never heard a better crafted song about a singer’s personal struggle in the music industry. He has had his fair share of battles through his career with journalists and magazines, but this song is the perfect ode to what he has overcome and the type of artist he is.

As a performer, Ed is brilliant. He controlled the crowd with such a calm and relaxed demeanor, you could literally hear a pin drop during his performance of “One”. He transitioned into the song by asking those in the audience to be quiet and respectful, even giving permission to ‘shhh’ and lightly stroked neighbors in the crowd that were being a little noisey. After he said that, all of his remaining ballads in the set were filled mostly with voices singing along and not the repetitive shouts of fans proclaiming their love for the British singer.

Now, let’s not forget about the loop pedal. Something that is just as important as Ed’s guitar, it played a major role during the concert. Throughout the entire show, Ed formed the beats and harmonies for his songs organically, using only his vocal chords and guitar, in front of the entire crowd. He layered each of the melodies on, adding in the occasional percussion beats before mixing it all together and performing the song. The crowd essentially got to watch Ed recreate his songs, beat for beat, right in front of them – something I have never seen another artist execute in front of a mass of people.

To not be redundant and go through each and every incredible performance Ed had throughout the night, his encore of “You Need Me, I Don’t Need You” was undoubtedly one of the highlights. Lasting over a span of about ten minutes, Ed mashed up the song with his other original track “My Eyes Are Red”, forming a harmonious medley of beats and fast, hard hitting lyrics. Like “Take It Back”, this track is another reminder to everyone listening that Ed isn’t some fraud, acting like a robot for music executives and corporations. Mixed with the beats he created on his loop pedal, it all joined together in one of the most energy filled moments of the night.

As I was driving home after the show, I was absentmindedly making a list of all of things Ed did during his show and the list had become so long, I had to stop. As someone who has been listening to Ed since his first album, I still hold with every fiber in my body that this generation will never quite have a human like Ed Sheeran. I use the term “human” because it is very hard it put an artistic label on him – he’s an artist, singer, songwriter, guitarist, rapper, visionary, producer, performer – his list of talents literally doesn’t end, it’s infinite.

I guess the same word could be used to describe his path in the music industry – infinite. Two albums down and his career is just starting to soar and if there is any kind of prediction I can make for Ed Sheeran and his music for years to come,  it’s just that – infinite.