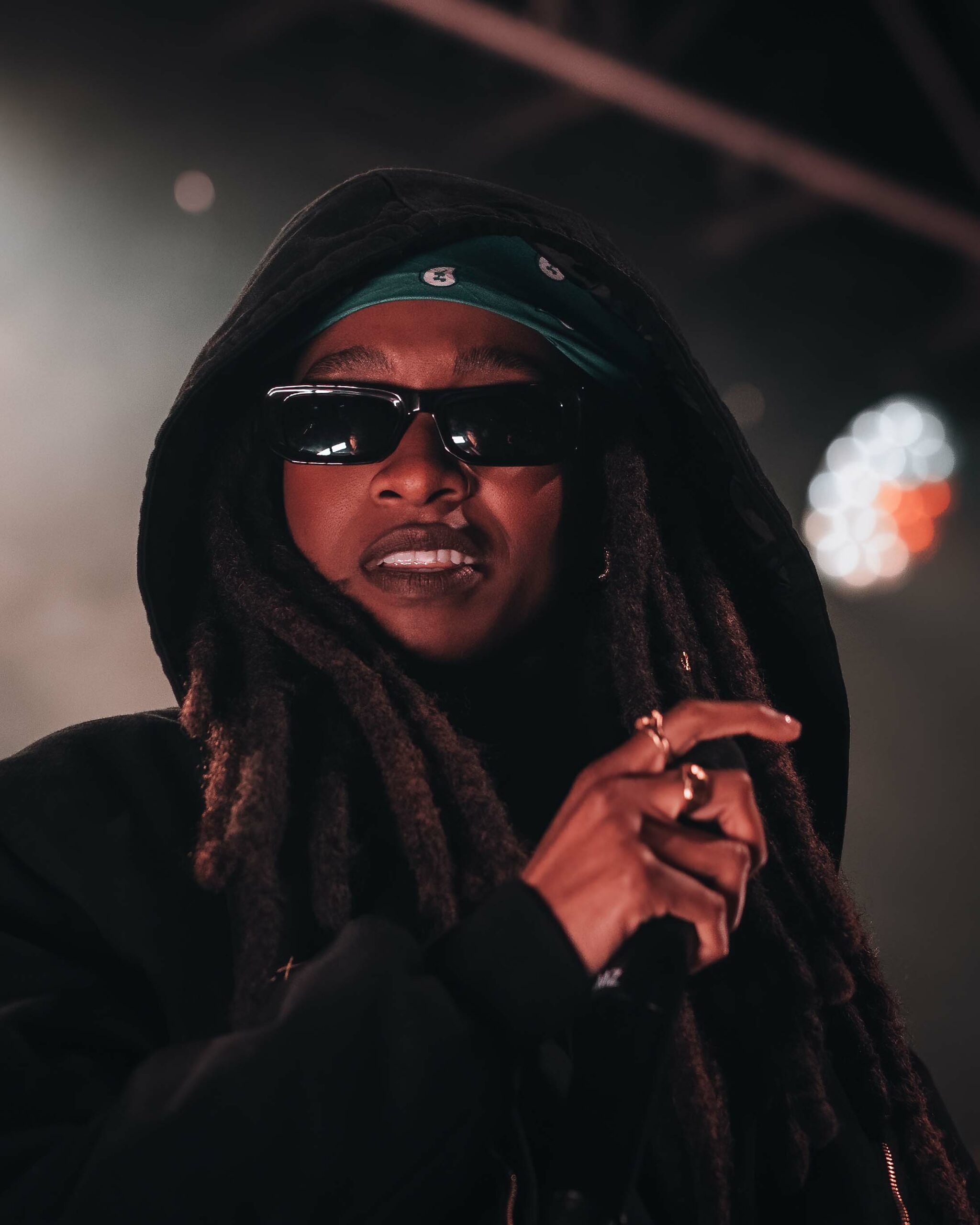 Little Simz, real name being ‘Simbiatu Abisola Abiola Ajikawo’ is a British-Nigerian rapper from Islington, which is a borough in North London, UK. Simz has collaborated with the likes of Gorrilaz, Becky Hill, Raleigh Ritchie and Mahalia. She has toured with Gorrilaz, Anderdon Paak, Ab-Soul and Lauryn Hill and has caught the attention of Kendrick Lamar who said in an interview on BBC Radio 1 that “There’s a young lady out here that’s pretty dope by the name of Little Simz,” and that “She might be the illest doing it right now.” That is a rather big accreditation if I say so myself and it’s not surprising that she is catching the attention of rapper’s like Kendrick as her lyricism and storytelling in her music is phenomenal. To date Little Simz has got four studio albums released, the first being released in 2015 and her latest came out in September this year. My personal favourite songs I recommend by Simz are: Selfish, I Love You – I Hate You, Woman, Point and Kill and Venom which was used for the soundtrack in the recent film ‘Venom: Let There Be Carnage’.

I was really excited to get the opportunity to photograph and see Little Simz perform live, luckily I didn’t have to travel too far either to see her which was a bonus. Before Simz took to the stage, the fans were treated to a supporting act by the name of ‘Alewya’, her music was incredible and I really liked her style. Alewya was originally born in Saudi Arabia but moved with her family to West London as refugees when she was five years old. I thoroughly enjoyed seeing Alewya perform, I’d previously not heard of her and this is what I like about artists allowing musicians to support them because we get the chance to see upcoming new talent and it’s really exciting. I could definitely hear Middle Eastern influences in her music and it left me wanting to hear more of her music after she finished her set which started at 8:00 PM and finished at 8:30 PM. Some songs you should definitely check out are Sweating, Spirit_X and where’s my lighter which also has Little Simz in the song.

Little Simz took to the stage at around 9:00 PM and her set lasted until 10:45 PM, I honestly have never seen a musician perform a set this long before and I was completely ecstatic about it. Simz put one heck of a show on in Bristol and I didn’t want the night to be over, she was accompanied by a live band which made all of her performances impeccable…the sound on the night was absolutely perfect. Great job to the Sound team! Simz arrived on stage in a tracksuit and sunglasses (as seen in my images) and later changed her outfit, I wish I was able to take photos after she changed but unfortunately you’re only allowed to photograph the first 3 songs only before having to exit the pit area and return to the crowd. After taking my photos of Simz I struggled to get through the crowd with my camera equipment/bag as by this time the venue was completely full to the brim. Fortunately, the security at the O2 Academy in Bristol allowed me to go backstage and exit the venue at the side door and drop my equipment/bag off at the box office at the entrance to the venue so I could enjoy the rest of the show without carrying my camera equipment. I entered the crowd and could barely move, I had to keep re-positioning myself to actually get a glimpse of Little Simz performing for the rest of the show. This is one of those moments where you wish you were taller to get the best view of the artist performing haha. The vibe was really nice throughout the show and it was lovely to see so many people dancing along to Simz music and having a great evening. Hopefully, this will continue to be possible considering coronavirus, unfortunately, is still very much around here in the UK. It wasn’t only the sound production that was great at this show, the lighting was also really good and you could definitely tell a lot of effort was put into both. OTG who is a rapper from East London was brought out by Little Simz at 21:45 PM to spit some bars off his latest EP. He performed his song ‘Pragmatic’ accompanied by Little Simz on stage and they also performed his song ‘PACK a PUNCH’ which Simz is actually featured on. It was nice to see Simz giving her friends and future upcoming musicians a chance to perform for so many people, she also made sure that she shouted out each member of her live band at the show and also thanked Alewya and OTG. Little Simz ended the show with two of her biggest hits which were Venom and Woman. The entire show was a masterpiece and I can’t wait to see Simz perform again, she is one of those artists who sounds just as good live as she does on her records.