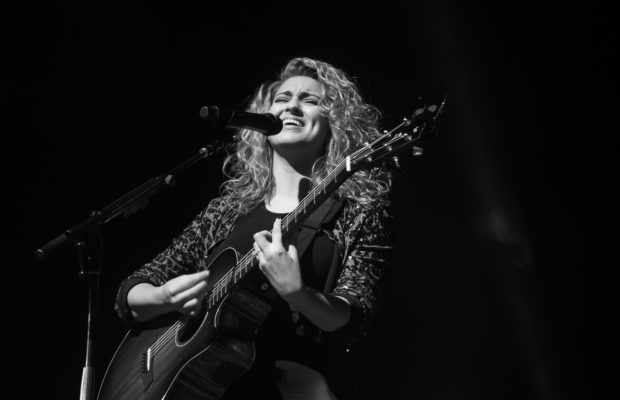 It’s not uncommon for pop stars to get their start in Gospel music, what’s rarely seen is someone breaking out and pop then finding them wanting to create a gospel music. I wasn’t familiar with all the music on her gospel record “Hiding Place” but hearing the songs sandwiched between her old music I can come to conclusion that Tori Kelly could come out with country rap album and she’ll  be golden. It was a great experience seeing her perfume in Houston, Texas at the Cullen theater on “Hiding Place Tour”. As a prefix before I really go into my review, I’m not religious that being said I do appreciate gospel music and its contribution to music as a whole and also I just love Tori Kelly’s voice. My feelings towards religion are my own and I believe everyone has the right to believe in what they want and I feel Kelly believes the same.

After opening up the show with Hiding Place first track “Masterpiece” Kelly took a moment to talk to crowd about her love religion. “You’re gonna find out that I’m a Jesus lover but this is a safe space. We all come from different places and we don’t all believe the same thing,” Kelly assures the crowd. It was a lovely moment of free of hate and it was nice for Kelly to offer her non-religious fans or maybe those who religion is not friendly to ease and comfort.

Which is great because Kelly was right, the sold out show in a Houston’s primer concert theater was one of the most diverse crowds I’ve seen in a long, which is saying something since we’re one of the most diverse cities in America. A cool thing about Kelly’s tour is that she partnered up with a charity called Food For the Hungry. As Kelly described it “They’re taking this big word called love and putting it into action!”. Kelly seems to be someone that stands by her convictions by spreading love and kindness, something I think the world needs more of.

The nicest thing about Kelly’s latest album Hiding Place is that the eight-track gospel album blends seamlessly in with Kelly’s previous pop-R&B work. Without an opener Hiding Places was to played in it’s full mixed with Kelly’s older work, including her breakthrough hit “Should’ve Been Us” and my personal favorite song “Unbreakable Smile”. Kelly also included a newer song “Actress” which I believe she’s still working on. If “Actress” tells me anything about Tori Kelly’s future music she could be making a return to pop with her next album but it’s hard to tell.

The most wonderful thing about watching Kelly is that she performs with a look for pure effortless joy. There’s not a moment with there isn’t a smile on face as she plays guitar and sings. She deserves every single “I love you” and “you’re amazing” shouted at her from the crowd and trust me, there were a lot.