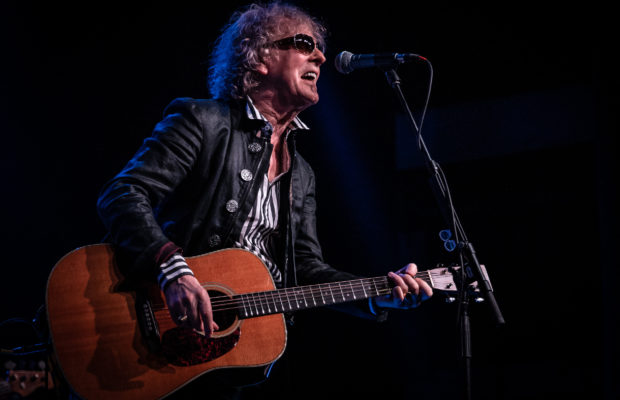 On Saturday night “Cleveland Rocks” with Mott The Hoople during their first US tour in 45 years. The show sold out within hours of being on sale and an excited crowd gathered at the Masonic to see singer Ian Hunter, guitarist Ariel Bender and pianist Morgan Fisher along with an excellent backup band perform their hits.

Hunter, wearing his signature sunglasses, and band came on stage shortly after 9pm to an audience who has waited 45 years to see them live. Much to my surprise, it took the crowd a couple of songs to warm up and most everyone sat during the first couple of songs. By Sweet Jane, a Velvet Underground cover, the entire floor was standing with their hands in the air, singing along.

Ian Hunter, who will turn 80 later this year, was rocking the stage for almost two hours and played everything the fans were hoping to hear, closing out their set with an amazing medley (check out the setlist below).

They came back for a three-song encore and finished just before 11pm leaving fans in the audience hoping it won’t take too long until they come back to Cleveland.

Opening the night were The Dream Syndicate, who I loved watching perform. They performed a very solid 40-minute set and the audience seemed to enjoy them.