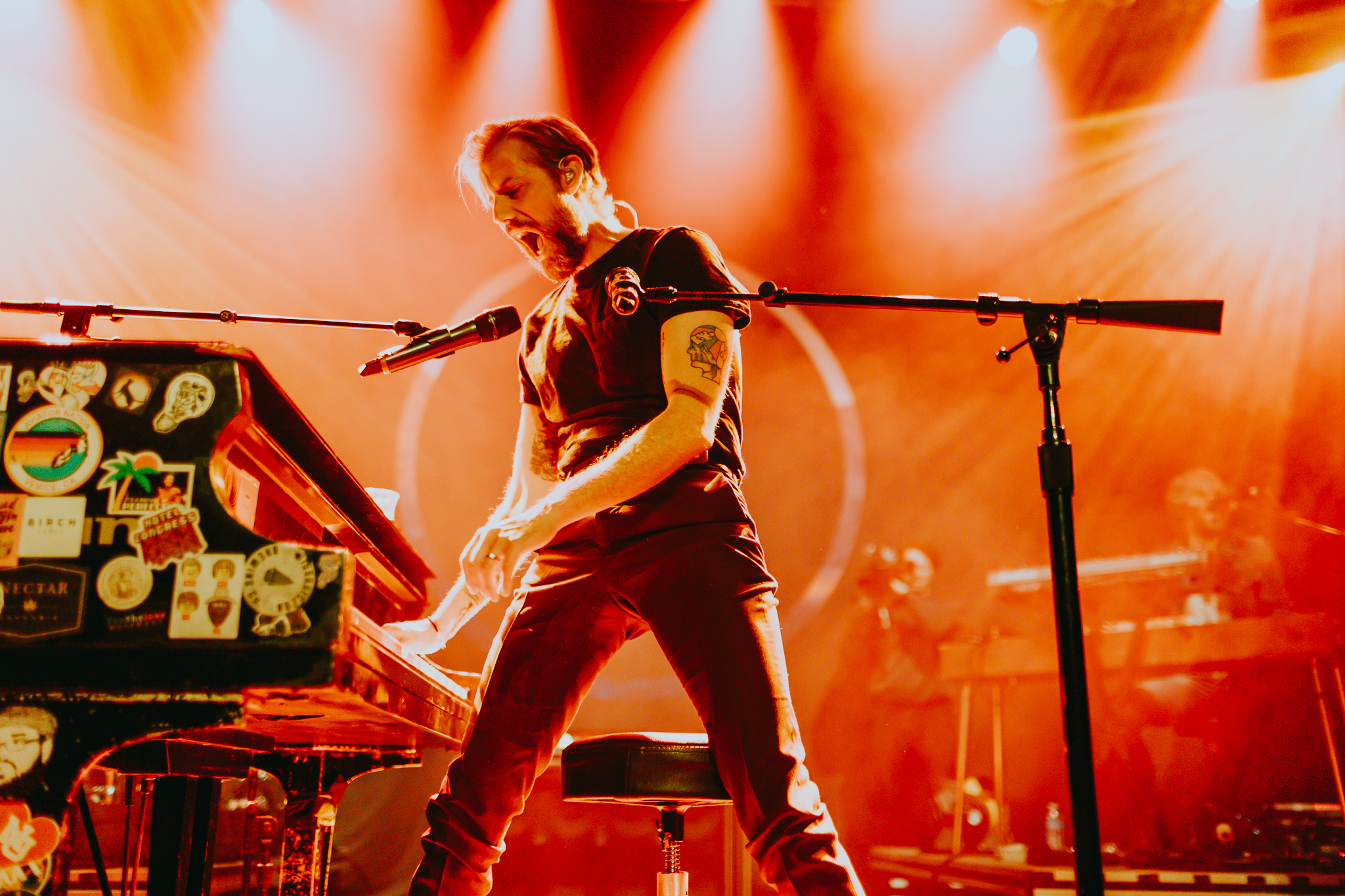 Going into the Dear Jack Foundation’s 13th Annual Benefit Show, there were some nail biting moments from supporters and the DJF team alike. Those nail-biting moments combined with a room full of friendship, companionship, support, and hope, led to a night so memorable, joyous, and beautiful from beginning to end.

The Dear Jack Foundation, a non-profit providing support to young adults who have been affected by cancer, as well as their caregivers, partners, and families. Andrew McMahon (Vocalist of Something Corporate, Jack’s Mannequin, Andrew McMahon in the Wilderness) founded the organization over a decade ago, and has been going strong and building it up ever since.

At Chicago’s House of Blues, fans of all ages, DJF supporters, and team members got the privilege of seeing Andrew McMahon in the Wilderness play an ocean of deep cuts and hits from each of McMahon’s projects. With everyone in the sold out crowd there with a singular goal – to support the DJF, the audience had a tangible energy that radiated love and joy in every direction.

At the beginning of the night, McMahon came out to welcome the crowd with many thanks and words of encouragement. He was sure to remind everyone that with 2022 being the organization’s first year back in full swing post-COVID, shooting for $250,000 felt like a surreal goal and a worth it one. He also let the crowd know that the goal was not met, but just shy of $32,000 short, he thought we’d be able to swing it by the end of the night.

After his introduction, many thanks to the DJF team and community, he welcomed special guest William Beckett (vocalist of The Academy Is…) to perform a short acoustic set and warm up the crowd. A pleasant surprise, Beckett serenaded the audience with a mixture of solo work and some fan favorites – including a Death Cab for Cutie cover, “Sputter” (with Andrew coming out for guest vocals), and cult classic “About a Girl,” which drove the crowd wild.

Following this intimate and upbeat warm-up to the night, the crowd was met with a wonderful introduction to the DJF’s new Executive Director, Sonji Wilkes, as well as Steve Mitzel, the Board Chair, and a handful of other women who contribute to making the DJF the success that it is. This fantastic group of people shared a few videos from DJF support recipients – those who have attended Breathe Now retreats (for patients/survivors and their partners), LifeListers (those who have had wishes granted by DJF), and those who have received Mental Wellness Boxes.

Once these moments of celebration and reflection ended, attendees were reminded to donate as much as possible to help reach the $250K goal, and then the night was set to continue with the man of the hour himself, Andrew McMahon.

Performing a plethora of Jack’s Mannequin hits from the oh-so-vibrant “The Mixed Tape” to the more gentle “Hammers and Strings (A Lullaby),” Something Corporate favorites “Konstantine” and “Punk Rock Princess,” and of course the obvious choices for the night – a handful of Andrew McMahon in the Wilderness tracks. Armed with a  grand piano covered in stickers, a band of long-time friends, and even some fun crowd treats like a blow up llama (for a crowd-surfing feat like nothing you’ve ever seen), a rainbow light-up cape, and a gym class parachute, McMahon brought a show, and brought it full force. Energy for dancing, screaming, shouting, laughing, and swaying,       moved like electricity in the air, and McMahon himself was surely to thank for it.

By the end of the night, the year’s goal was surpassed by $3,000 – hitting $253,000, and making the night for the fans, the organization, and the performers alike. Something about mixing music and a great cause always packs more of a punch, and the 13th Annual Dear Jack Benefit emphasized that beyond words.