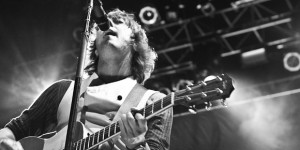 The Wonders of the Younger tour on October 11, 2011 was a low-key night of good music and good people. The show started off with bad news the opening act The Downtown Fiction’s van broke down and they were not able to make it in time to Houston. I was pretty bummed out that band couldn’t perform, but the show must go on.

Allison Park opened up the show along with her back up band The Holding. Allison is fresh new voice to the pop music world. Allison’s upbeat songs about hanging out with friends and falling in love filled the House of Blues low-lit romantic atmosphere perfectly. Her set was about five songs long and every wonderful.

Remember that low-lit romantic atmosphere Allison helped create? Well let’s just say The Summer Set destroyed it and not ever in a bad way. A big majority of the people were at the show for The Summer Set and The Downtown Fiction and although The Downtown Fiction couldn’t make it, The Summer Set did them justice and wow’d everyone for them. The Arizona natives rocked the stage opening with their song “When We Were Young”, which should be considered the closing song to every John Hughes movie. The band continued to play songs off their sophomore album Everything’s Fine and few tracks from their debut Love Like This. During their last song “Young Forever” a fan decided to jump on stage. It was pretty uncalled for and caused the House of Blues security (who were surprisingly no where to be seen at the time) to tighten up and act like complete jerks for the rest of the night , the band however took it the fan jumping on stage very well. Lead vocalist referred to the girl as his own personal Courtney Love.

Last on the stage were The Plain White T’s. This was my first time being able to see The Plain White T’s and it didn’t really know what to expect. It really wasn’t the wow worthy or anything with style, but their music sounded amazing. This is one of the bands that I think I’d prefer to listen to live than I do on the radio or on an album. Of course the only song everyone wanted to hear was “Hey There Delilah”, which they finally played after countless call out and shouts from fans on watching them.

All together the night was relaxing and fun, a good reminder that the only cure for a stressful day is a night out with good friends and above all wonderful music.