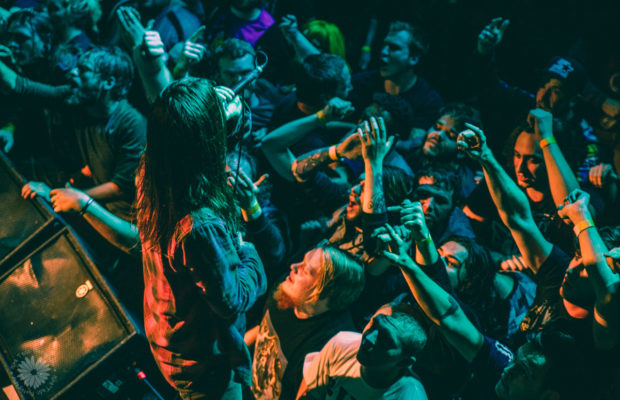 Currently on tour across the United States with Beartooth, Every Time I Die took an off-date to put on a headlining show in Valparaiso, Indiana at Big Shots. November 7, the band, with support from Old Wounds, along with local acts Lowcountry, Stoleaway, and Lenore, took to the stage and put on a show to remember. For a groovy, southern rock/hardcore band to put on a show in Northwest Indiana is quite uncommon – and for any band to pack a venue in the area is even more rare. However, Every Time I Die has once again done both. Audience members came from all over Northwest Indiana, along with from neighboring Illinois, to see the show.

All of the openers were a perfect fit for the show, each with their own sound and each drawing more people into the crowd than the last. By around 9 P.M., the entire crowd was just itching for Every Time I Die to go on. Lucky for them, the band took the stage at 9:15, playing an extensive setlist with a compilation of some fan-favorites and a good amount of their most recent release, Low Teens.

Not twenty seconds into the band’s first song, a crowd that had moments before seemed fairly sedate turned into a crashing ocean. With the entire crowd rushing forward, audience members went wild. A pit opened for those who wanted to get into it, and other audience members were stage-diving in droves for the duration of the performance.

Every Time I Die is known for their wild behavior on-stage, and they definitely live up to the hype. Vocalist Keith Buckley is constantly thrashing around on stage, whipping his wild hair as he displays his gritty vocals on every track. At one point in the set, guitarist Jordan Buckley turned a monitor on its side, climbed on top of it, and then proceeded to pull crowd members onstage. The room was insanity in the most exciting, vibrant way. For a solid hour and fifteen minutes, barely a person in the room could stand still. Every Time I Die put on a show to remember, and it was a night that those who attended will most-likely never forget.