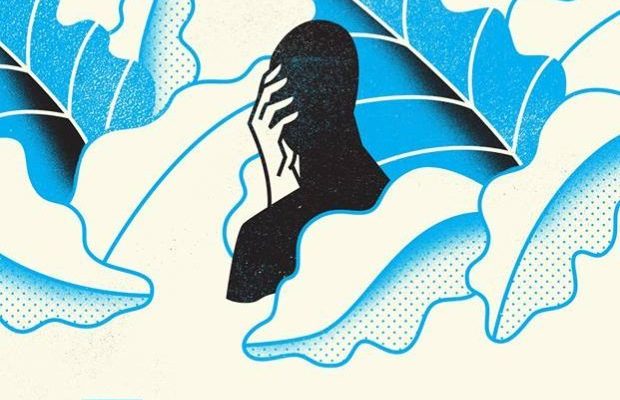 Swinging through the Vera Project in Seattle, Washington on November 1st were three incredibly talented and underrated bands. If Wild Wild Horses, Made Violent, and From Indian Lakes are not on your radar or playlists quite yet, now is the time to hop on the bandwagon.

Hailing from the UK, Wild Wild Horses opened up the night, the powerful vocals of Jack Edwards grabbing people’s attention the second they took to the stage and continued to wow everyone in the venue until the very end of their set. Playing tracks off of their latest EP, Ordinary Life, Wild Wild Horses captivated the crowd with their well-written pop influenced rock songs, “Secrets” and “Demon Days (Do It All Again)”  being personal favorites amongst those in attendance that night, showcasing not only Edwards’ vocal ability, but the musical ability of Billy Adamson (guitar), Jonathan Harvey (bass), and Greg Rogove (drums). With a collection of tracks that could easily be heard on top 40 radio, it wouldn’t be surprising to begin seeing more and more of Wild Wild Horses as they continue to tour the states and beyond.

Buffalo, New York natives Made Violent have quite the following on the Internet, their grunge-influenced American rock sound grabbing the attention of many since forming just last year. Taking the stage after Wild Wild Horses – Justin Acee (drums), Joe White (vocals/bass), and Rob Romano (guitar/vocals) exploded with energy as soon as they hit their first notes, sounds of messy guitar riffs and foot-tapping drumbeats getting everyone in the audience moving their feet. Even though they have 0nly been together since 2015, Made Violent show musicianship far beyond their years, putting on an energy-fueled set that gained them a lot of new fans in Seattle that night.

With the lights dimmed down, nothing but a green light casted across the stage, From Indian Lakes emerged onto the stage, earning cheers from the packed room of loyal fans who have been waiting a long time to see the California-based band. With their new album, Everything Feels Better Now, having been released three weeks prior to their show in Seattle, fans were familiar with the material and excited to not only hear new tracks, but old favorites as well.

Playing new tracks off of Everything Feels Better Now like “Sunlight”, “Blank Tapes”, and “American Dream”, fans were also treated to a collection of olds songs from previous releases including “Awful Things”, “Label This Love”, and “Ghost”. The haunting, yet powerful vocals of vocalist and guitarist Joey Vannucchi filled the venue throughout the night, the audience respectfully observing, listening, and letting From Indian Lakes do their thing onstage. The vibes were chill, it being very clear that those in attendance that night were simply there to hear their favorite songs and see a band they respect play the music they have created.

For their encore, Vannucchi remained onstage with just his guitar, giving an unforgettable and powerful performance of “Your Son”, a track off of 2012’s Able Bodies, that left listeners wanting more as the house lights came up and people began exiting the venue.

Whether or not you are an old fan of From Indian Lakes or someone who just recently discovered them, they are a band that translates greatly from studio recordings to live stage performances. Playing as good live as they do on their records, the talent and musicianship radiating off of them is undeniable. So next time they swing through your city, which will most likely be sooner than later, prepare for a performance that is nothing short of extraordinary and will leave you with a greater appreciation for them than you may have had prior.