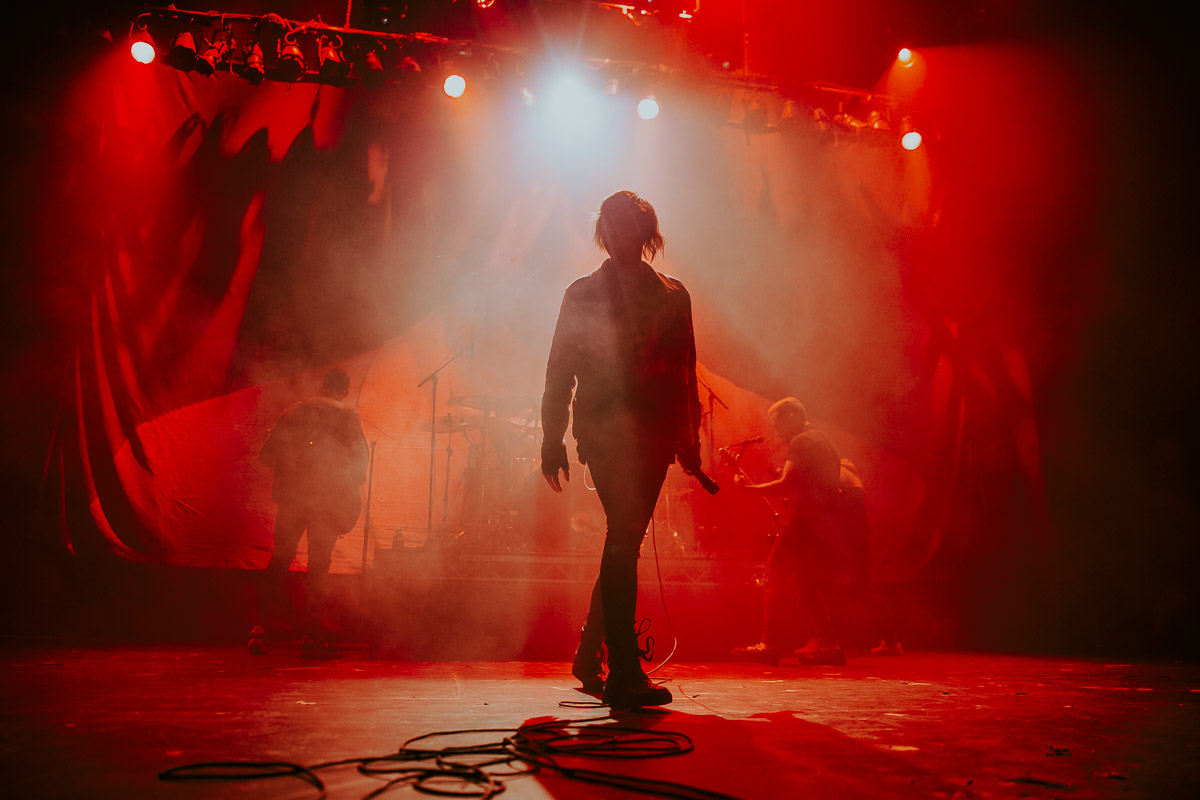 On an off day from their current US tour with Bring Me The Horizon, Sleeping With Sirens made a trip up to Vancouver to play a one-off show at the Vogue Theatre. Although the show had only been announced a month prior, every single fan that bought a ticket to the show was endlessly excited as it had been years since the band played a headlining show in the city.

Kellin Quinn, Jack Fowler, Gabe Barham, Nick Martin, Justin Hills took to the stage with and got straight into it. Flinging themselves around the stage as they put their all into their music and performance. The fifteen song set was a mix of the new and the old, starting off with “Leave It All Behind”, and “Never Enough” off of their latest album How It Feels To Be Lost, and “Tally It Up: Settle the Score” from their 2011 Let’s Cheers To This. Quinn put on an excellent vocal performance as he paced around the stage, but it was almost difficult to hear him over the crowd singing every lyric right back to him with the same amount of passion.

This energy didn’t seem to wane throughout the entire evening, from either the crowd or the band, making it a truly incredible show. The evening, hopefully, also proved that there is a solid fanbase in Vancouver so they come back on their next tour!