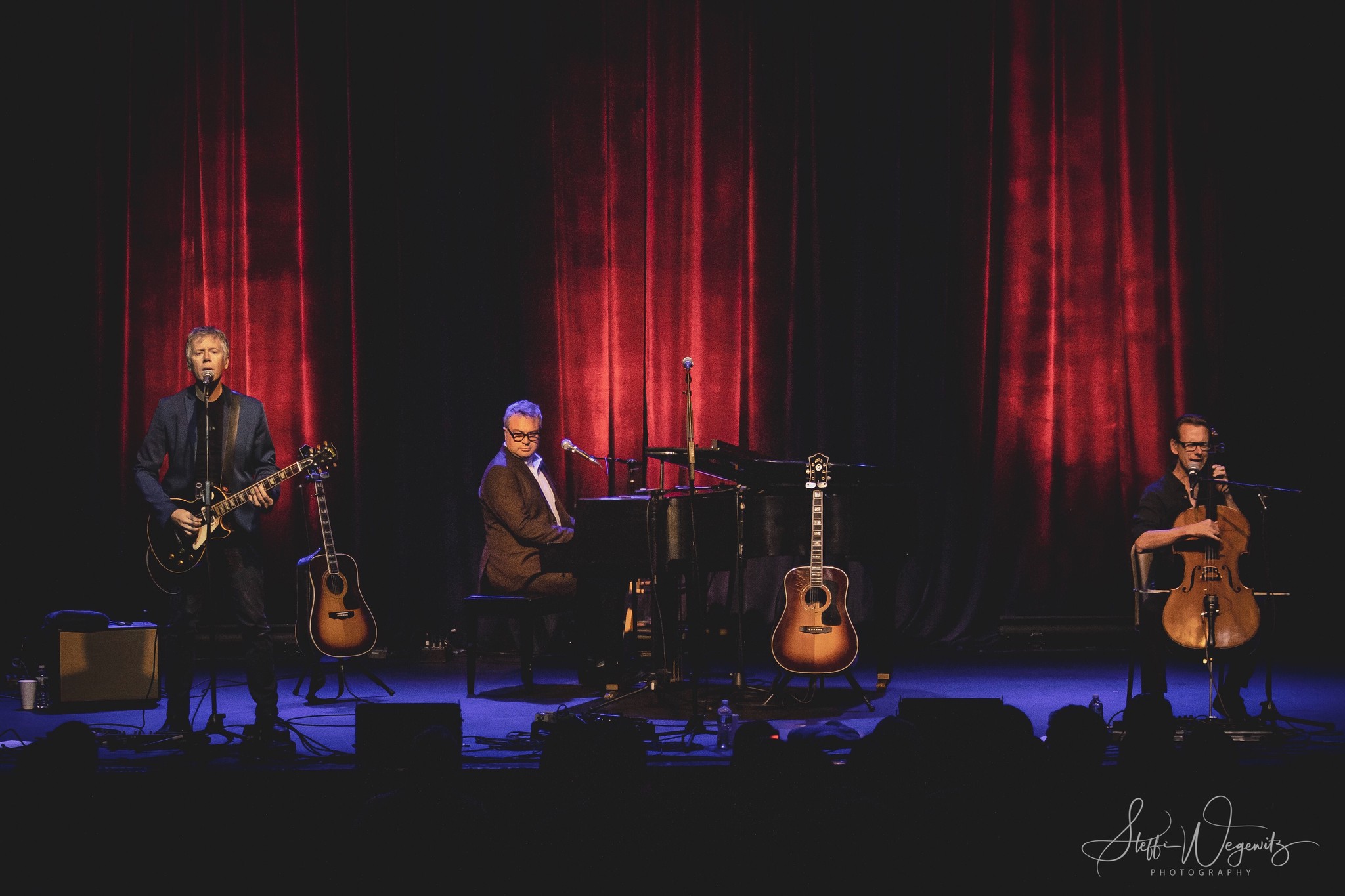 Steven Page, a member of the Canadian Music Hall of Fame, performed an incredible  performance with his Steven Page Trio in Kent, OH at the beautiful Kent Stage this week.

Dean Friedman started the night and his set was highly entertaining and funny. I really enjoyed it and even though I rarely buy merch at concerts, I did buy his CD after the show.

Page performed alongside Craig Northey (guitar, vocals) and Kevin Fox (cello, vocals) and started his show on the piano performing There’s A Melody II. What followed was a great mix of songs off his solo albums, as well as Barenaked Ladies songs.

Halfway through the set, Page mentioned that he was really looking forward to this show without even knowing it until he got here. The reason for that were the towels the venue provided. They were not just small hand towels, but nice big beach towels, which impressed him. It is the simple things in life.

The show was filled with witty commentary, less known songs, as well as sing-along songs everyone in the audience knew and when they left the stage after a two-song encore, the audience left the Kent Stage wanting certainlyertianly hope they come back into town soon.

If you get the chance to see them in a town near you, I recommend you check them out. Tour dates can be found here.