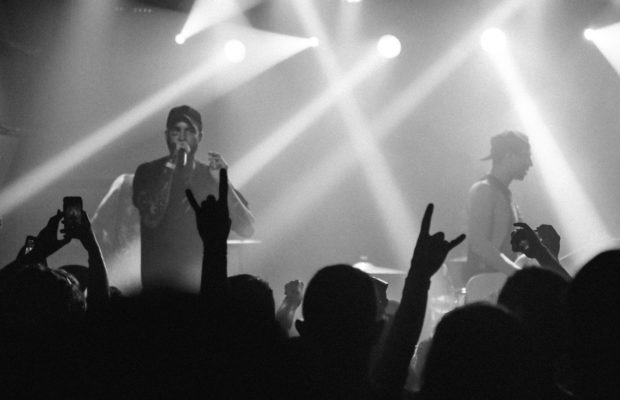 It’s been a little over a week now since Attila released their first album as an unsigned band, and I have to say they are doing just fine on their own. The new album Villain, which was released February 22, 2019, is rapidly spreading through the death-core community. In the few days the albums been out, the views and listens on YouTube and Spotify are already passing songs they’ve had out for years (although lets be real, I don’t think any song they make will ever top About That Life – which currently has 14M, while Villain has a mere 243K).

I had the pleasure of attending one of Attila’s Florida CD release shows and when walking into the venue, that was a solid 20° hotter than the already high temp outside, I could tell right away that everyone in the crowd meant business. They were there to rage at all costs and nobody was going to stop them. Girls were topless on the shoulders of other girls while Guitar Player, Chris Linck, watched on as his mom threw $1 bills into the air. The whole show was a madhouse and with no barricade between the stage and the fans it really felt like an old school house show.

From a photographers perspective this show was everything you hope it wont be. Crowd surfing, humidity fogging up your lens, and crazy strobe lighting if any lights at all.

From a fans perspective this show was the complete opposite. Fans jumped to the stage and frontman, Chris ‘Fronz’ Fronzak, welcomed them up with open arms. Being able to hear all these new songs live before hearing them on the CD was a cool experience as well.

To finish the night, I have to say that Attila has put on the most memorable closing performance I think I’ve ever seen. Playing the song Pizza, what a better thing to do than throw actual slices of pizza out into the crowd.

You can listen to Attila’s full new album, Villain, here

To find if Attila is coming to a city near you and to purchase tickets visit http://www.attilaband.com/