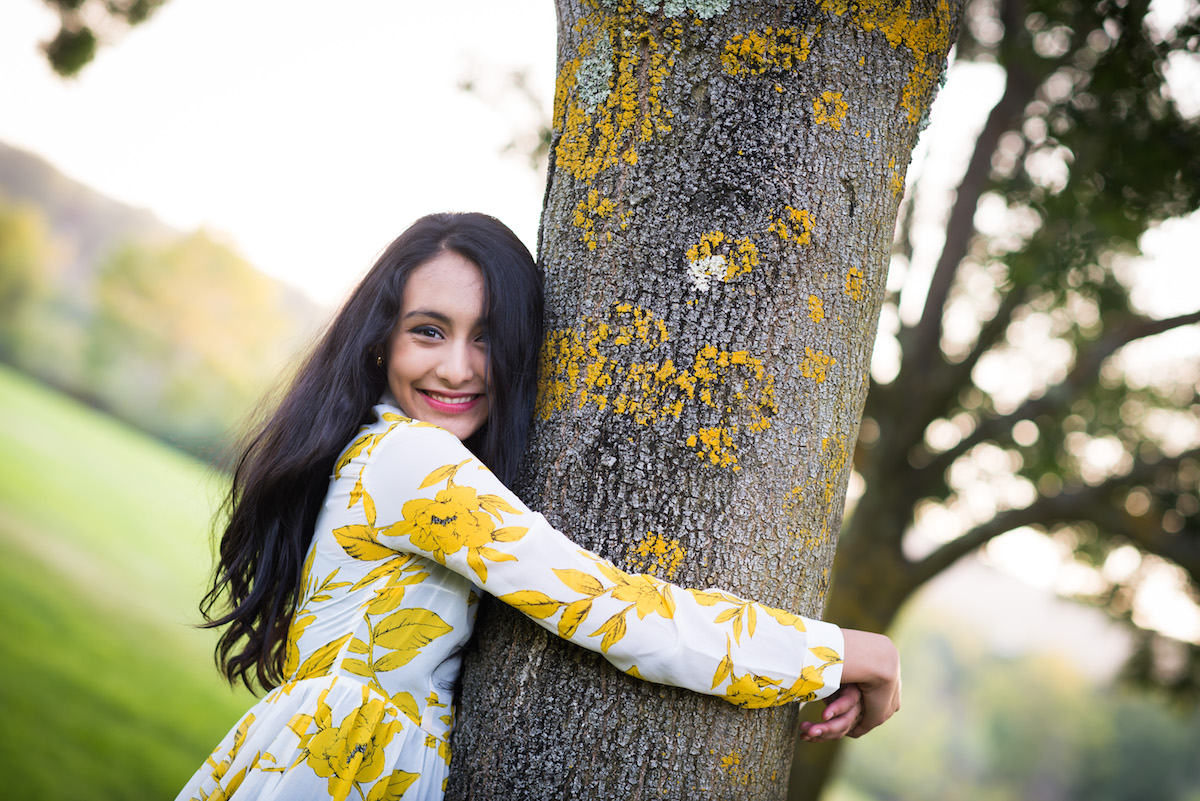 Alluring sonic waves surround the backdrop of Hitha’s enchanting, tenderhearted timbre; encountering her sound not only satisfies the ears, but the soul.  This young singer and multi-instrumentalist blends her familiar classical Indian milieu with American pop creating a sound seldom heard.  But this singer isn’t just saccharine bubblegum pop.  Hitha labels her music and songwriting as, “fine art inspiration for the younger generations, songs that are full of raw emotion and a determined spirit to be genuine.”  Hitha draws her inspiration from her surroundings, her interactions and complete life experience, identifying her family as the number one support system and importance in her life.  “We like to spend time together; we communicate about everything,” she explains.  After the success of her debut single, “Standing Up with Pride”, a single that addresses the overwhelming demands of teenagers, Hitha followed-up with another single “Special,” a love story in honor of her late grandmother with whom she spent countless hours of her childhood singing, dancing and storytelling.  The song is intended to celebrate those special people in your life, whether friends, family or partners – while also serving as a message to teens that their opinions matter.  Hitha’s recent hit “Independent” is a celebration of the individual, providing a powerful and upbeat pop vibe that encourages dancing to a strong message.  “Take charge, am free, am becoming who I’m meant to be,” she sings, while “Independent” soars through the top 40 pop chart.  Hitha delivers inspiration and unquestionable talent with every new song.

In August of 2019, Hitha began her INSPIRE tour to a raving audience of 2000 fans in Chennai, India.  In the coming months, the tour will continue to major cities such as Bengaluru, Hyderabad and Mumbai.  Hitha is dubbed as one of the female artists globally changing the music scene in 2019.  If she’s not practicing her numerous instruments, she’s shattering stereotypes about young women.  “The youth are the future,” says Hitha, “and the world would do well to listen to the opinions of the younger generations.”   This fierce independence materializes through her many academic accomplishments where her artistry runs tandem with her love for math and science. What does this artist hope you take away from her music?  This 14- year-old artist strives “to give young teens a voice” through her inspirational music and the courage to tackle any difficulty that may present itself.  Hitha is a name that will be known to the masses in only a matter of time.  Pursued by a list of highly recognized, Grammy-winning producers, Hitha is set to release singles “Chocolate Kisses” and “Tell Me Why” in coming months.  Today sees the premiere of Hitha’s new single “Got Me Liking You”.  “Got Me Liking You” is a bop with a great musical arrangement.  It helps me diversify my music as I typically focus on Inspirational Songs.  A very different style and a catchy song for people to dance to.  I’m really excited for everyone to hear it”, says Hitha.  You can follow Hitha and stay up-to-date on all upcoming music, artist and tour news via the following links: