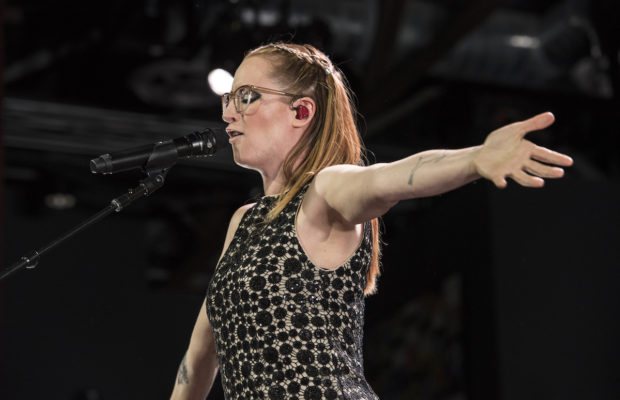 Ingrid Michaelson’s indie-pop sound flooded the speakers of The Fillmore in Philadelphia Sunday night as she brought her Hell No tour through the city of brotherly love. After the release of her seventh studio album It Doesn’t Have to Make Sense in August, Michaelson’s tour showcased songs both new and old for fans of all ages.

Supported by trio of brothers that go by AJR, the crowd went crazy as the brothers Adam, Jack, and Ryan, walked onto the stage. Best known for their single “I’m Ready,” the trio’s high energy radiated through the crowd as everyone danced from beginning to end.

By the time Ingrid Michaelson walked on stage, everyone’s excitement had built to its max. Michaelson started out with “Light Me Up” off of It Doesn’t Have to Make Sense. Throughout the night, she played a wide range of new originals, older originals, and covers. Crowd favorites proved to be “You & I,” “Be OK,” and her ukulele cover of Radiohead’s “Creep.”