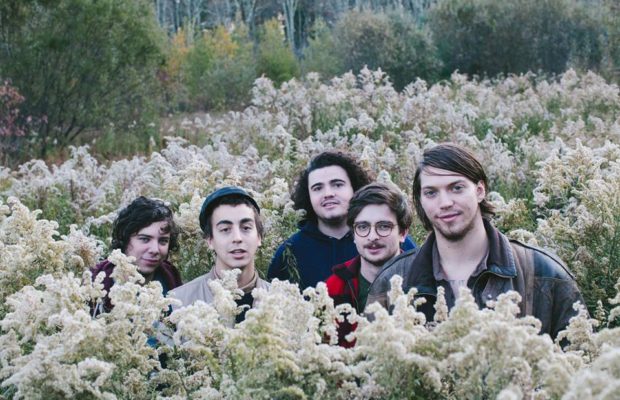 This past week, I was able to catch Twin Peaks in Seattle at The Crocodile. Originally from Chicago, Illinois members Cadien, Clay, Jack, Connor, and Colin fit in exquisitely with the Seattle rock music scene.

Their show started with fellow Chicago duo White Mystery that pumped up the crowd with their indie rock music. Following them, Madrid based girl band Hinds amped up the audience. As the lights came down and Twin Peaks came out, the crowd went wild with excitement. Member Clay came clad out in a white Breaking Bad-esque jumpsuit also rocked a beret and beanie throughout the night. The boys were all in high spirits as it happened to be band member Colin’s birthday and everyone was excited to celebrate.

Just releasing a live album of many of their songs, the band played 16 songs from all three of their past albums. They opened with “Butterfly,” a song off the recent album that had the crowd instantly hyped and jumping around. Followed by “Stand in the Sand” and “Boomers” from their first album, Twin Peaks reminded the crowd why they continue to have a huge following.

As the night went by, they played “Holding Roses,” a single off their second album that had everyone swaying to the catchy beat and easy tone. They had everyone singing along. They picked it up again with “Flavor” that encompasses their classic garage rock vibe, allowing mosh pits to form and crowd surfers to emerge. With their hard hitting chords and fun lyrics, the boys made the show a memorable one.

They finished the show with a two song encore singing “Wanted You” and “Strawberry Smoothie,” complete with a piñata filled with cigarettes for Colin’s birthday. As they closed the show, Hinds and friends joined the boys to wrap up their set and left the audience in a post-concert blissful daze.

The boys of Twin Peaks did not disappoint the crowd, sounding even better than their recorded tracks. Twin Peaks are the ideal garage rock band, with their incredible lyrics and dedicated fan base. Whether you’re a die-hard fan or new to the scene, be sure to check out Twin Peaks on tour. They will be touring the west coast before moving onto the east coast and Europe this summer.