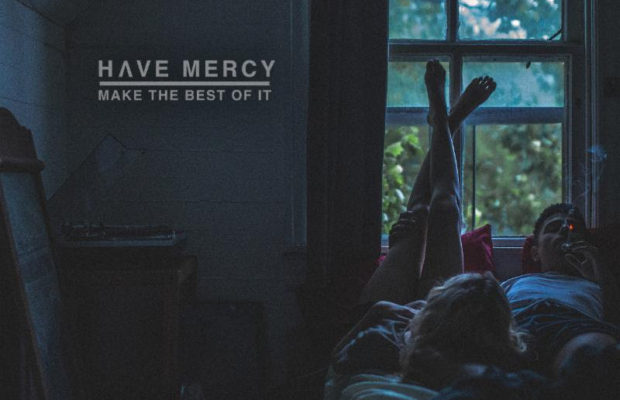 Baltimore-based rockers Have Mercy unleashed their distinct sound into the world of pop punk nearly five years ago. However, with the release of their newest album, Make The Best Of It, they have proven that it is possible to evolve while simultaneously staying the same. The album shows that the band has stuck to their heavy, emotional and sometimes gritty aesthetic, but have also incorporated stronger musical influences into their sound. Have Mercy have taken 2014’s mediocre Place of Our Own and offered listeners with an improved rehash.

Opening track “Smoke and Lace” is a bass heavy track that is a bit edgier than previous Have Mercy tunes. The record starts off strong, offering listeners with the same kind of sound that was seen on the band’s 2015 split EP with Somos. Between the cymbal clashing and guitar riffs on the album, we’re able to grab an intimate moment with lead singer Brian Swindle at the beginning of “Begging For Bones.” The latter half of the record is lighter on standouts, but well paced and full of feeling. The acoustic tinges and melodic sounding chorus of “Disagree” offer listeners with a lighter and more poppy sound from Have Mercy.

Make The Best Of It leans once more on Swindle’s oft-used hooks and lyrical themes of failed relationships and unrequited love — standard fare for bands in their genre. However, one this is certain: this record is Have Mercy’s strongest and most consistent effort yet. While newcomers might find this sound to be anticlimactic or uninteresting, us fans who have been following the band since the beginning will welcome the record and a sign of comfort and familiarity.