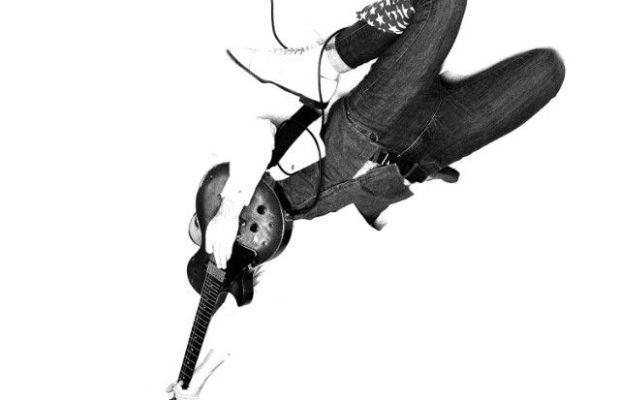 True rock and roll music hasn’t been the anthem of youth culture for a long time. Of course, there are many things to blame for that but there is a small group of bands who are keeping the grunge alive. Louisville, Kentucky based band White Reaper is at the forefront of that movement. Creating track after track that is pure garage rock bliss with pumping bass and killer guitar riffs. Their newest record The World’s Best American Band is no different. While the album name boasts a bold title, the band makes sure to live up to it throughout the album.

Channeling the live rock and roll shows of the 70s, the opening and title track begins with the growing chants and cheers of the crowd before the vocals come in. The nearly five minute song wraps up with one last chorus by lead vocalist Tony Esposito, “Rally up and dress to kill/Lace your boots and crush your pills,” before launching into an overdramatic key change to signify victory. “The Stack” is a pure guitar track, opening with 15 seconds of pure guitar before Esposito’s angsty vocals overflow into the listeners ears. While hard to pinpoint specific lyrics within their songs, the message comes across clear as day. “Crystal Pistol” channels the musical influences of the 70s rock n’ roll scene to a tee. The powerful guitar and drums provide a consistent beat throughout the song that make it nearly impossible to not get up and dance across the room.

The World’s Best American Band is one of the best rock n’ roll albums that has come onto the scene recently. For a band like White Reaper to make such a bold statement in their album title, one might think it would be a mistake. However, the guys have proven that they are jam packed with talent and aren’t stopping anytime soon. As seen in their two minute closing track “Another Day,” which opens with just pure chaos and noise and a heavy banging of everything. It’s the kind of track that can only close out an album such as this one. A track where you get so amped up performing it that you end up smashing your guitar and punching a hole in your snare drum; which, in some ways, is what White Reaper is all about. The youth angst and grunge of rock n’ roll comes through loud and clear on this record and White Reaper have proven that they are a force to be reckoned with because they are the world’s best American band.