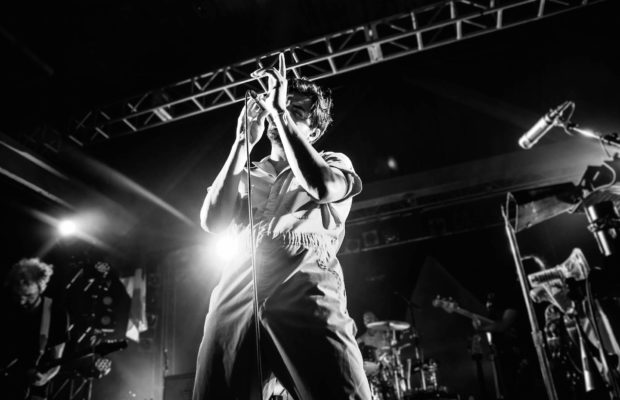 Seattle fans were in for a treat Friday, October 28th as they all headed to Seattle’s south district to the Showbox SODO, the perfect music venue for not only all ages, but also 21-and-older folks who are looking to watch good music while having a drink or two from their large bar areas.

Opening up the night was Ra Ra Riot, a rock band hailing from Syracuse, New York that has been making waves in the indie music scene since they formed a decade ago. Opening up with “Too Too Too Fast”, a song off of their 2008 album, The Rhumb Line, the explosive energy from each of the members onstage captured the crowd’s attention from the minute the opening notes hit, Ra Ra Riot promising for a fantastic show. Playing hits such as “Boy”, “Beta Love”, and “Dance With Me”, the six person band put on an unforgettable performance filled with upbeat tunes and songs the crowd was dying to hear. Closing with “I Need Your Light”, the title track of their 2016 album, Ra Ra Riot solidified their reputation as one of the most captivating bands to watch in the alt-music scene today.

Kicking off their night with “Jungle Youth”, a song off of their 2016 album, Home of the Strange, it was wildly clear that Young The Giant intended to give a show that no one would ever forget. Powering the energy of the set was frontman Sameer Gadhia and his distinctly powerful voice while the other musicians – Jacob Tilley, Eric Cannata, Payam Doostzadeh, and Francois Comtois – sounded as good live as they always do on Young The Giant records, showcasing their musicianship and talent to all those in attendance that night.

Playing hit songs including “Apartment” and “Cough Syrup”, Young The Giant closed out the night with an encore of “Amerika”, “Silvertongue”, and undoubtably their most popular song to date “My Body”, that sent everyone into an energy-fueled frenzy, the crowd overpowering Gadhia’s vocals throughout most of the song.

Playing a mix of fan favorites and songs from their new release, Young The Giant managed to give it their all throughout the night, allowing for an unforgettable performance Seattle fans will be talking about for a long time.