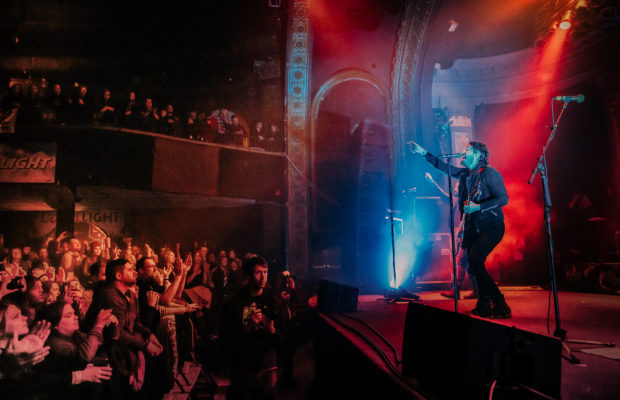 This concert was previously scheduled for December 2o18 at the A&R Bar, which holds 400 people, but was rescheduled due to a water leak at the venue. Since the show had been sold out, a decision was made to move the concert to the bigger Newport Music Hall, which allowed for additional tickets to be available to fans.

Despite snowstorm “Harper”, a crowd of 1000+ people showed up, making this the biggest headlining show Red Sun Rising have played to date. A perfect present for bassist Ricky Miller, who celebrated a birthday that day.

Opening the night were Columbus natives Black Coffee and the Canadian band Dubé. They did an amazing job warming up the crowd and I spotted a few people in the audience wearing their merch.

Red Sun Rising, who recently released a Sirius XM exclusive version of She Drives Me Crazy, were on fire. They played a variety of songs from their first release Polyester Zeal, as well as their latest release Thread and the enthusiastic home-state crowd sang along to every word with their hands in the air.

The band was fueled by the energy in the room and were jumping around, bopping their heads to the beat and shredding their instruments. So much fun to watch.

I highly recommend checking out their latest album Thread. It is available at all the usual music outlets. Also, follow them on their socials for up to date information on new music and to find out when they are touring. And trust me, if they are close to you, you don’t wanna miss it.