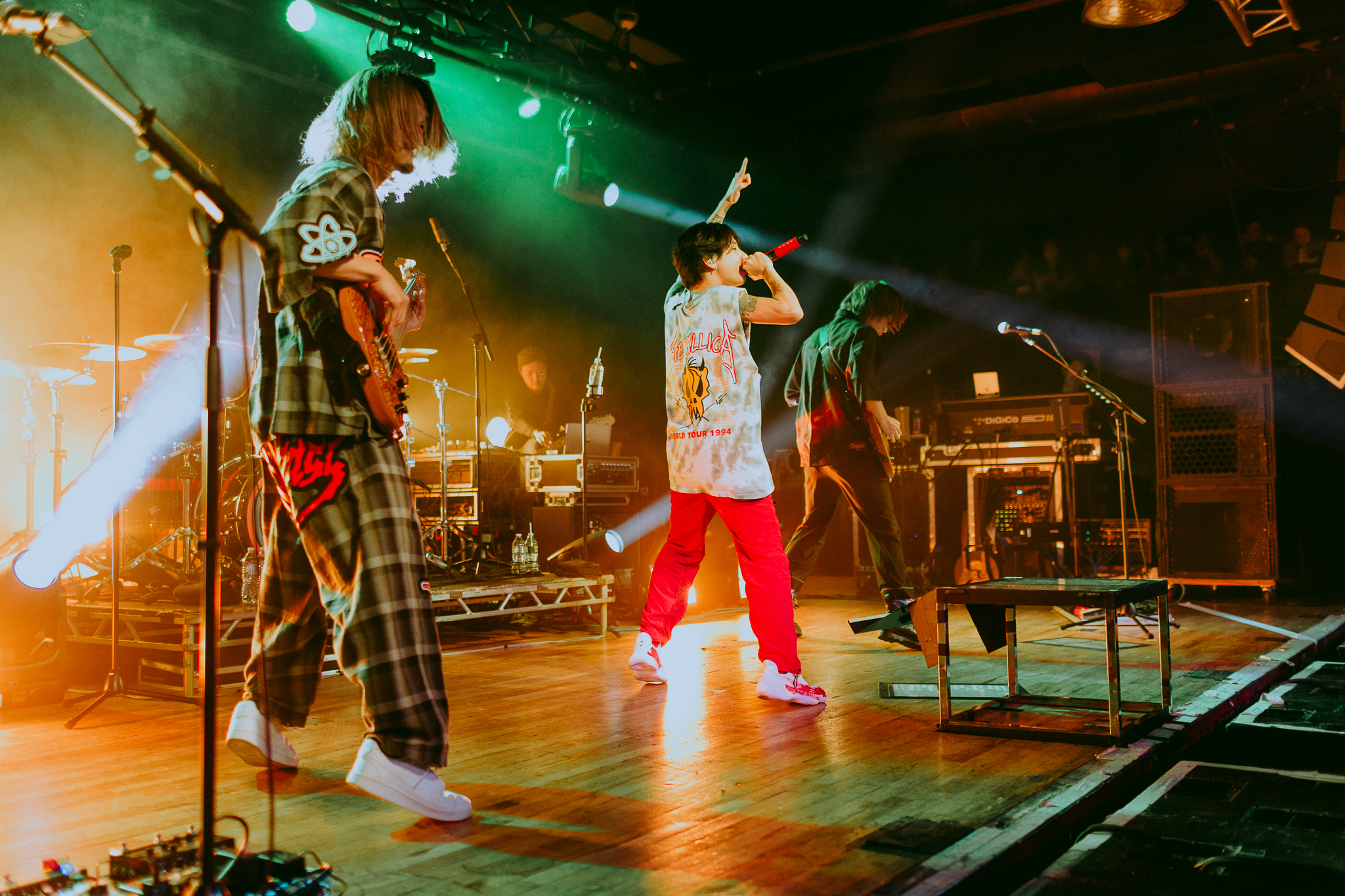 The growth of the internet in the past one, two, or three decades, and even in the past one, two, or three years, has made the amount of music and art we consume as a people skyrocket exponentially. There are artists now that even a few years ago would not have seen one tenth of the success they currently are, because their music is more accessible.

One place that we have really seen this leap has been with the consumption of international art and media. One OK Rock is a phenomenal example of this.

A Japanese rock band founded in Tokyo in ’05, One OK Rock has been around for some time, and has made a huge name for themselves internationally in that time. If their countless international accolades don’t attest to that, their draw for a live performance surely does.

On a frigid Chicago night, One OK Rock has managed to sell out Concord Music Hall, and their crowd of fans, primarily young adults, but a mixture of all ages, wait in a line wrapped around two blocks far before doors open.

Once they’re inside, the crowd has an anticipation that is just buzzing, and everyone is itching for the show to begin. The band’s openers, both charismatic, and an energetic beginning to a phenomenal night.

Fame on Fire, a cross between pop and metalcore, are a nice introduction to heavier music, and know how to play on the crowd’s energy, without a doubt. Getting everyone riled up, telling them to get on the floor and jump when part of a song kicks in, the whole nine yards – the kind of fun interaction that not a lot of bands have with their audience anymore.

Following their set, British heartthrobs You Me at Six take the stage, performing a wonderful mix of older tracks and new. Vocalist Josh Franceschi has control of the crowd with his sass-filled remarks and antics, and it is undeniable that the whole band has quite a few years’ experience under their belts.

After You Me at Six, it becomes clear that the audience’s energy has still been conserved for the band they’re here to see, One OK Rock. Once the lights go out, the roar of the crowd is deafening. One OK Rock takes the stage under golden lights, with vocalist Takahiro Moriuchi beaming, while guitarist and bassist Toru Yamashita and Ryota Kohama play it a bit cooler, and drummer Tomoya Kanki raises his sticks  in greeting to the crowd. They get right into things.

Moriuchi greets the crowd, letting everyone know how excited the band is to be in Chicago, and then egging the crowd on, letting them know they need to be louder, more excited, and ready to move.

Performing in a mix of Japanese and English, the band is appealing to every fan in the room, and you can see it by the words leaving everyone’s lips as they sing along to every single song.

Another piece of One OK Rock’s performance that stands out so impressively is that they are so charismatic, it surpasses the norm for their genres of music by a thousand miles. With choreographed dance moves in sync, they have the energy of the Backstreet Boys, but with the jumping and yelling and zooming across the stage at the speed of light, they’re also in the same wheelhouse as bands like State Champs or Pierce the Veil.

Regardless of any comparison you make, though, they are unlike any other. For the entirety of the night, from tracks like “Vandalize” to a stripped down encore of “Always Coming Back,” they have their crowd captivated, and are very clearly making their night. The twinkle in the eyes of every person on the barricade does not stop for a second, from the moment the lights go up to the moment they go back down. One OK Rock has given them a night to remember, and they will truly never forget it.