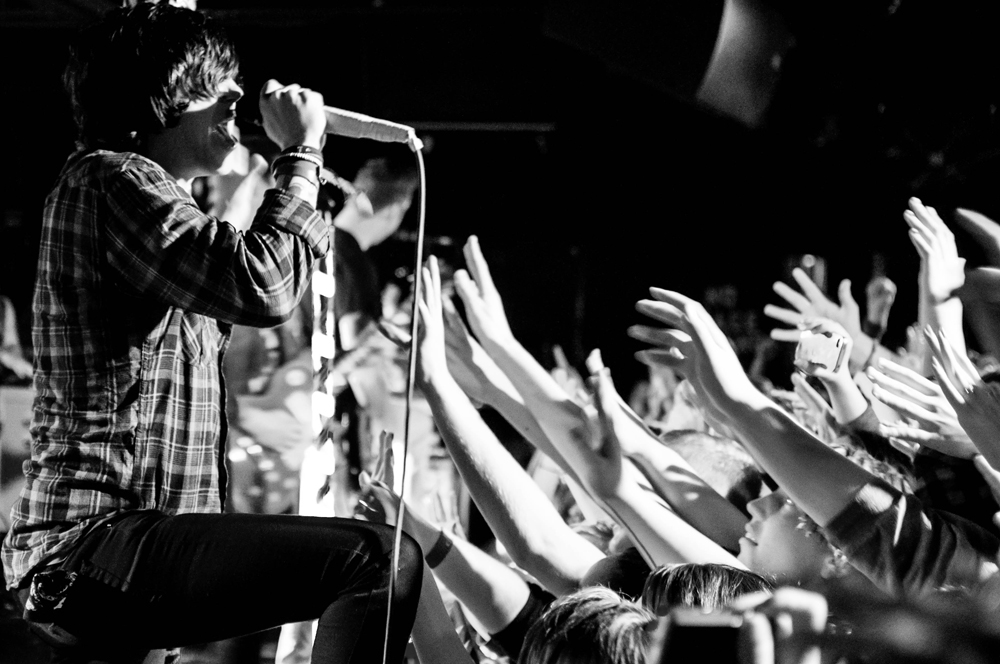 Forming back in 2009, the post-hardcore band Sleeping With Sirens has managed to gain quite a following since the release of their first album, With Ears to See and Eyes to Hear, back in 2010. Being a part of tours with bands like Attack! Attack, Enter Shikari and most recently, Pierce The Veil, Sleeping With Sirens has without a doubt made it to the top within their music genre.

Spending all summer long on the Monster Energy Stage of the Vans Warped Tour along side Blessthefall, Mayday Parade, Memphis May Fire and more, Sleeping With Sirens has clearly managed to build a path for themselves after just three short years.

Sleeping With Sirens hit the road this fall with their good friends Pierce The Veil and rocked the house this past weekend to a sold out Seattle crowd. Playing their popular sings like “Do It Now, Remember It Later” and “Tally Up, Settle The Score”, it was clear by the excessive screaming and crowd surfers throughout their entire set that they have managed to build quite a following.

As Pierce The Veil closed the show with their single “King For A Day”, Kellin Quinn joined Pierce The Veil onstage while confetti coated the venue and crowd surfers swarmed the stage, showing off the passionate and energetic following the two bands have managed to build since their beginning in the music scene.

The Collide With The Sky Tour was the perfect night for any fan of post hardcore music, bringing together a few of the best bands in the music genre.