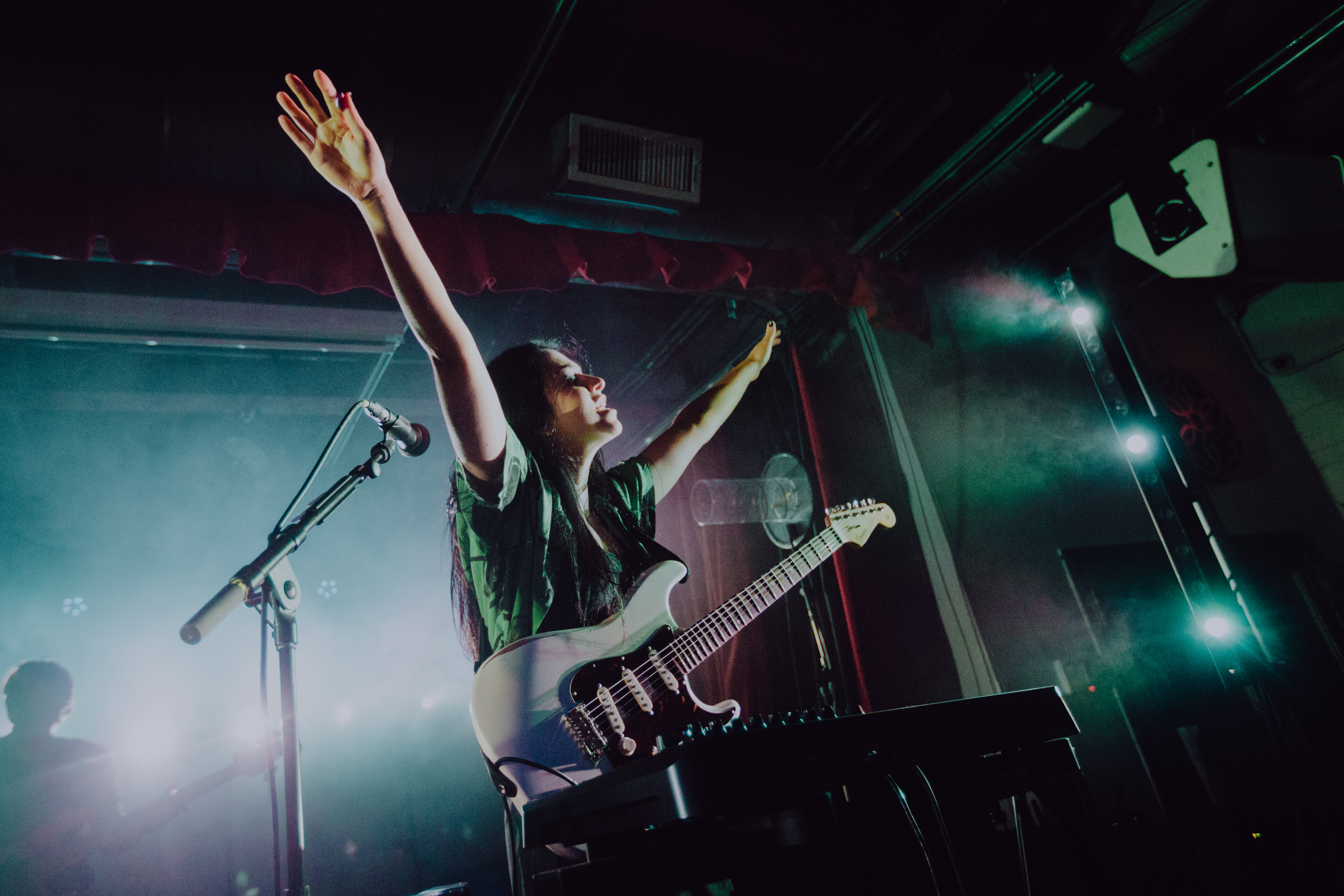 Dallas started October with a bang as MUNA headlined Deep Ellum Art Company on October 1, 2019. Chelsea Jade, an Australian pop artist, opened the show. She stood in the center of the stage with two backup singers on either side of her and the three of them did insanely synchronized choreography throughout the whole set. Chelsea did not have a band behind her, but instead sang to her tracks, which provided a cool and different atmosphere than any show I’ve seen before. She really warmed the crowd up and everyone was really into their set. Chelsea climbed into the crowd for several songs and danced with us and made the entire venue feel like a party. A party where we’re crying tears of happiness and sadness, but still a party. MUNA opened their set with “Number One Fan”, the lead single from this new Saves The World era, which was a massive power move. No better way to capture a crowd than by playing one of the best songs you’ve ever put out. I was exhausted from dancing after this track, and they led right into “Stayaway,” the third single from this album. Being my personal favorite MUNA song, I found this live performance incredibly enrapturing. The harmonies were perfect, the crowd screamed the lyrics, and I had the happiest feeling in my heart. Towards the middle of the set, the band performed “Everything” from their debut album. This song is the definition of “crescendo” and the live performance was no different. This song made me cry as I heard the crowd completely enveloped in the lyrics they were screaming back to the band. The set ended with “It’s Gonna Be Okay, Baby,” which also closes the album. Those words filled the venue as every single show goer took them home with them in their hearts. It’s gonna be okay. I have never felt so at home at a show before, and I recommend everyone on earth go see the greatest band in the world, MUNA.