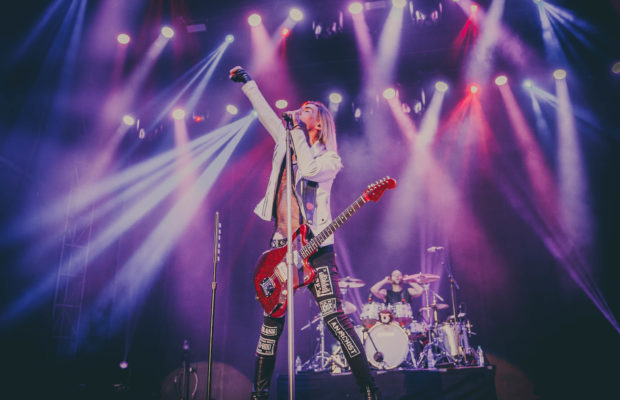 Photos and Words by Mike Thomas

On Saturday, August 25th, hometown favourites Mariana’s Trench took to the stage to play a one off show as part of the PNE Summer Concert series. With 7,000 people in attendance, it was a sight for this Vancouver transplant. While this was my 6th time seeing Josh, Matt, Mike and Ian perform, it was the first time I stood back and took note of the band and their accomplishments. My first encounter with them came in my home town in 2007, they played at 4pm in a local pub (to allow for all ages) to 100 screaming high school students and it wasn’t a good performance to say the least! They hadn’t quite mastered performing live yet; however, now in 2018, I can personally confirm they have taken the stage by storm. Masters of their craft 11 years later, this is a band who proved they can do it, and do it well!

While the night progressed, they covered all the hits they were best known for “Haven’t Had Enough”, “Celebrity Status”, “Cross My Heart”, and others. They also dug back into history, and played the song that really started it all for Mariana’s Trench. Josh took a minute to pause and share a story with the crowd of how the band released their first record back in 2006 and it flopped! Having little to no money, the band scraped enough resources together and put out a music video for their song “Shake Tramp”; and after that, everything is seemingly history!

As the performance came to a close, the loud screaming fans calmed themselves. Josh shared his gratitude for what Vancouver had done for Mariana’s Trench over all these years, from the dive bars on Main Street, to the Pacific Coliseum, he thanked Vancouver and its fans for believing in the band and promised there would be much more new music to come!