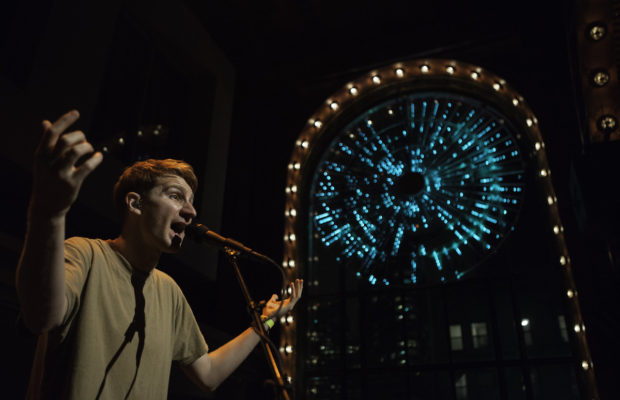 Music, community, and technology were joined to promote generosity on Giving Tuesday as the inaugural show in a series of fundraising events for GoodFest. Five shows. Five cities. Five causes. Oxford-originated four piece, Glass Animals, closed the night for GoodFest at Brooklyn Academy of Music in New York City. Playing their eminent single, “Gooey,” as the crowd sang along to every word, the indie, synth pop band brought the positivity the non-profit was celebrating. Also apart of their set were hits from their newest album, How To Be A Human Being, including “Life Itself” and “Youth.” The stripped down mix offered a fresh, funk-filled take on the richly mixed soundscape that can be heard on the album.
During the intimate set, audience members passed around Google’s new Pixel phone encased in a colorfully lit frame as it live streamed, sharing the show with tens of thousands of viewers. Though attended in person by a small number of people, the energy of the audience recreated the atmosphere of a much larger concert.
In the end, the insatiable crowd would have gladly had them play all night, chanting “one more song” even after their two-song encore.