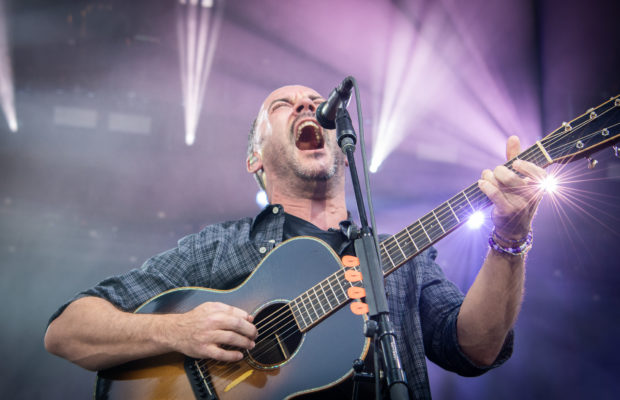 Words and Photos by Colton Marsala

Nobody loves Dave Matthews the way Bend loves Dave Matthews. Fans trekked across the country, gathering once again in the central Oregon town after a year hiatus. With a strong mix of locals and travelers, everyone gathered to celebrate the return of the beloved band. Members of the warehouse and general admission started to line the venue sidewalk early in the day to be the first to enjoy the wonders of the Les Schwab Amphitheater. Warehouse members are a fan group who get early access tickets and other perks by having a membership. This show these members were allowed in first; however, 4,000 of the 8,000 tickets sold were part of the warehouse.

Skies were blue and clear, finally free of the hazy fire smog that had descended on the city for so long. Many people I met along the way commented on the amazing weather they were having this week and all were excited to be enjoying a warm summer day with DMB.

Opening with “That Girl Is You”, the band dived deep into their brand new album Come Tomorrow. Although only released in June of this year, the crowds sang along with Dave Matthews Band, following up that song with “One Sweet World”, a 1993 classic that had everyone swooning nostalgically. They played into the warm summer night, following up the first two songs with: #41

Time Of The Season

Come On Come On

What Would You Say

As the encore came to a close, all the fans scattered into the night to enjoy the Bend nightlife. Everyone had thoroughly enjoyed their time with Dave Matthews Band and looked forward to the Gorge Amphitheater this upcoming Labor Dave Weekend.