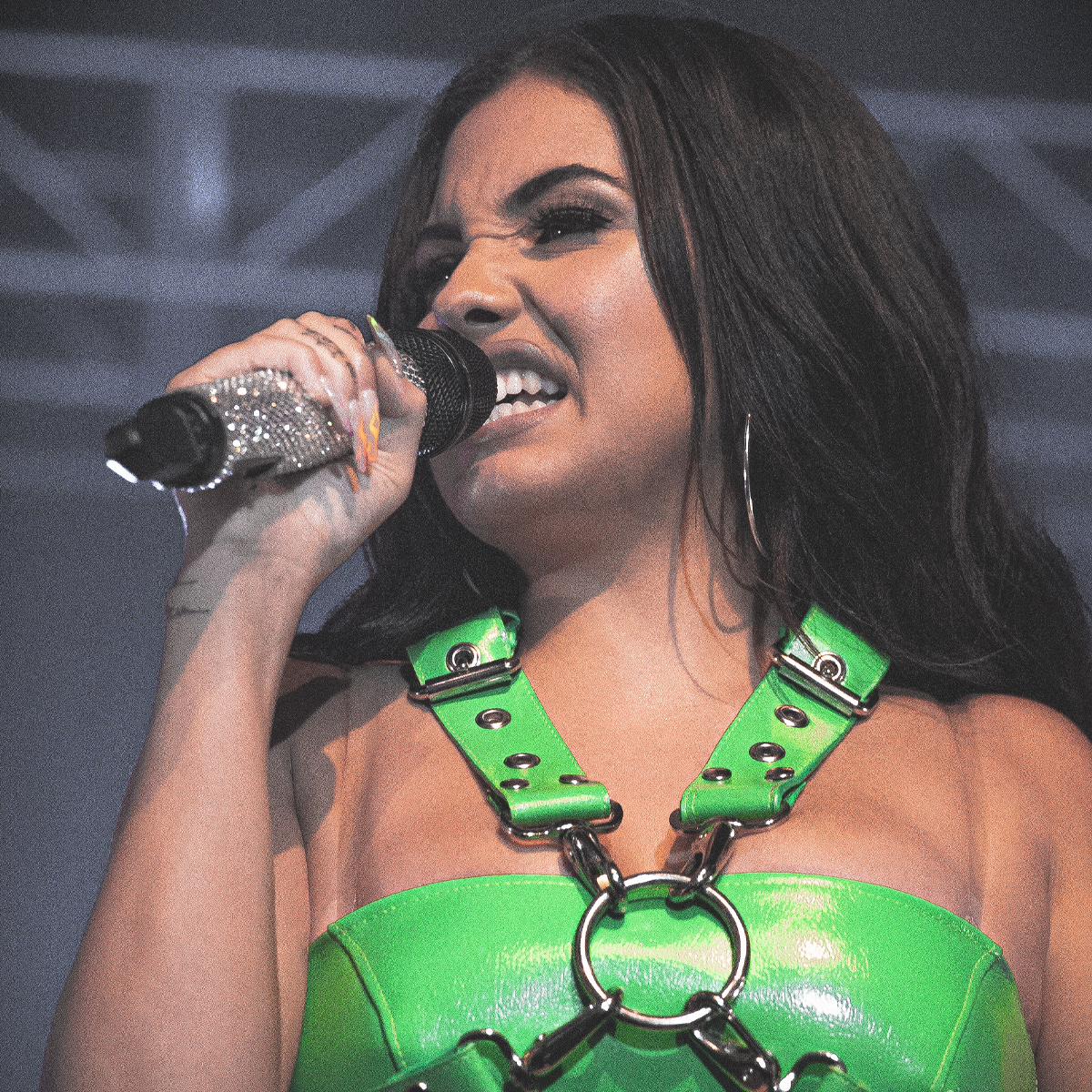 Mabel brought her ‘High Expectations’ tour to the o2 Academy in Birmingham (UK) on February 11th 2020. She has previously supported artists on tour such as: Harry Styles, LANY and Khalid. This was my first time photographing a show at this venue, even though I’ve been there to watch many musicians perform in the past. It was an honour to photograph Mabel perform, she is a fantastic musician and performer!

Mabel McVey is an English singer who holds a British, Swedish and Spanish citizenship. How you might be wondering, well I’ll tell you more! She is the daughter of Cameron McVey and Neneh Cherry, both of which are musicians themselves. Mabel was clearly destined for a career in music herself, musical talent clearly runs in the family. Mabel was born in Spain but her father is British and her Mother Swedish, hence how she has three citizenships. Mabel’s music career began in 2015 when she released her debut single, then in 2017 dropped her first EP entitled ‘Bedroom’ and her mixtape ‘Ivy to Roses’. This mixtape features songs such as: Don’t Call Me Up, Fine Line, Finders Keepers, My Lover and Cigarette which started to get Mabel’s music known to the masses and get her Silver, Gold and even Platinum certifications. I’m not surprised there are so many bangers on that Mixtape! High Expectations is Mabel’s debut studio album, it was released in August 2019. It features a few well known songs from her mixtape as well as brand new tracks. One of my personal favourites off this album is called ‘OK’, it is an Anxiety anthem which is an absolutely beautiful song. It is incredible that Mabel uses her platform to record/write songs such as ‘OK’, it relates to so many individuals who suffer with their mental health and shows that even celebrities/musicians suffer themselves. I admire Mabel so much for creating this track as it tells people that it is okay not to be okay, mental health/anxiety is a real issue for many people and songs like Mabel’s help it to be taken more seriously in the long run.

Kali Claire opened up as a support act for Mabel, she is a singer from South London. Kali performed some of her own songs and covered some well known tracks. An incredible voice.

Mabel absolutely killed this show from start to finish. She took to the stage as she walked down from a podium, then was joined by four dancers who accompanied her throughout the show. Her outfit was stunning as was she of course. The venue (o2 Academy – Birmingham) is a good sized venue and has a really big stage. The stage didn’t seem cramped at all, it allowed Mabel and her dancers to perform with ease during the show. The dance routines were exceptional, they really complimented the show and Mabel’s performances. During the song ‘OK’ Mabel walked into the pit area just under the stage and interacted with her fans throughout the performance. I’m sure this meant so much to her fans and made their night that even more bit special, especially with the meaning behind the song.

Mabel is nominated for 3 BRIT Awards awards this year, these nominations being: Female Solo Artist, Best New Artist and Song of The Year ( Don’t Call Me Up). She is also nominated for another 3 awards at the Urban Music Awards. Fingers crossed she gets all of them!

If you haven’t ever heard of Mabel already, you’re missing out. She has some absolute tunes. Some of my favourites are: Thinking of You, OK, Cigarette, Finders Keepers, Mad Love…the list could go on honestly.