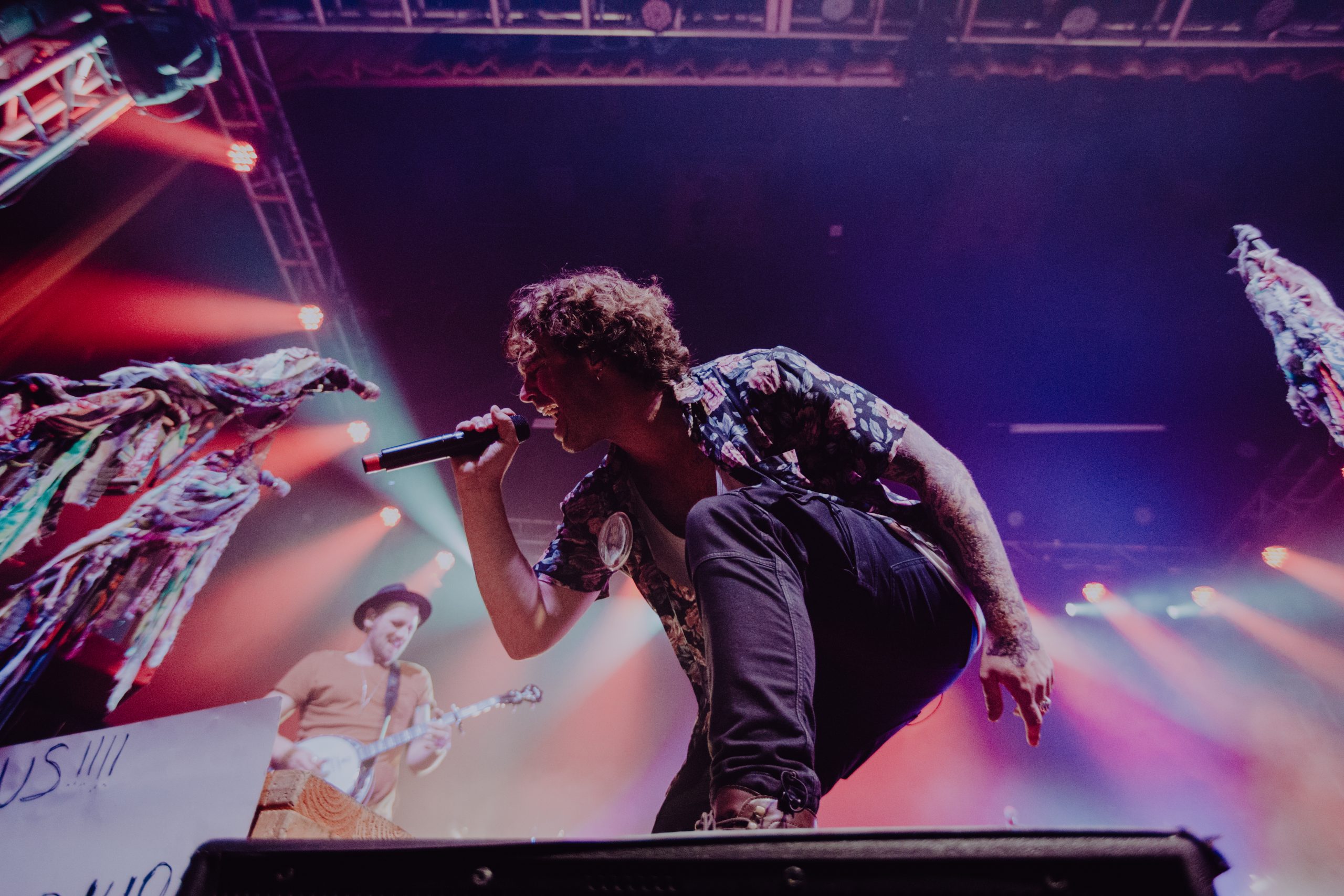 On January 28, American Authors and Magic Giant hosted the co-headlining Band of Brothers tour in Dallas, TX at Granada Theater. The bands teamed together to create one of the most unique experiences I’ve ever seen as a concert goer. The tour was supported by PUBLIC, Ohio alternative pop band that has recently gone viral on Tik Tok with their hit “Make You Mine.” PUBLIC took Granada by storm and delivered an incredible rock performance unexpected from a pop band. Highlighting drummer Ben Lapps, the band delivered a memorable set with not only “Make You Mine” but dancy tunes like “4HER” and “One That I Want.”

Shortly after American Authors first set, Magic Giant returned to perform, but this time they appeared in the middle of the crowd, playing an acoustic version of “Nothin’ Left.” The crowd fell silent as they listened to the raw talent of the acoustic performance, mostly lit by phone flashlights. American Authors then followed suit and played two acoustic songs on stage, including a Simon & Garfunkel cover featuring Magic Giant.

The show’s encore included two songs featuring both bands, and they were both the bands’ biggest hits: Window and Best Day of My Life. This encore felt like a party as the whole crowd was dancing with the two bands that had just turned the venue into a concert experience unlike any other. The final song, however, was a cover of “What’s Up” which evoked major crowd participation as well as PUBLIC joining the other two bands on stage. With all the artists on stage and interacting with the crowd, you can really see why they named the tour “Band of Brothers.”

Stay tuned for an interview with PUBLIC!