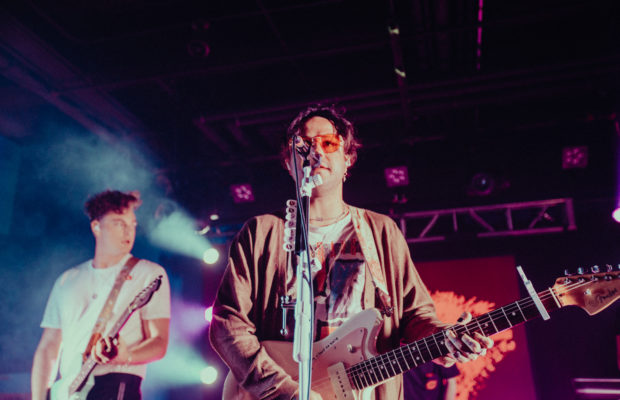 Cambridge Room at the House of Blues Dallas

On October 6th in the Cambridge Room at the House of Blues in Dallas, TX, lovelytheband played a sold out show. The night opened with New Dialogue warming up the crowd with their catchy songs such as their newest single, Fake Smile. Next, Morgan Saint performed songs off her new album, Alien, which had just released the day before, along with some old favorites. It was her first night on the Broken Like Me tour and her performance was stellar. Finally, lovelytheband came on stage to their album interlude “finding it hard to smile” which transitioned perfectly into “pity party.” The crowd yelled every lyric to every song back to the band, which made them ecstatic and even more energy-filled. The show was emotional, energetic, and everyone in the room felt like family as the band played songs from their debut album such as “maybe i’m afraid” and from their first EP such as “don’t worry you will.” They consistently said that this show was special to them and was by far the loudest show of the tour thus far. The band closed their set pre-encore with their hit, “broken” which has hit radio stations nationwide. The band returned to the stage for two more songs, beginning with the slow, powerful ballad “everything i could never say” and ending with the anthem “these are my friends” during which every person in the room felt like they could yell the chorus in truth about the people around them: “these are my friends, i love them.” lovelytheband made a sold out show feel like a living room with your closest friends and put on one of the best performances I’ve seen.